Packaging, process and progress: It’s all about culture, says Pakko 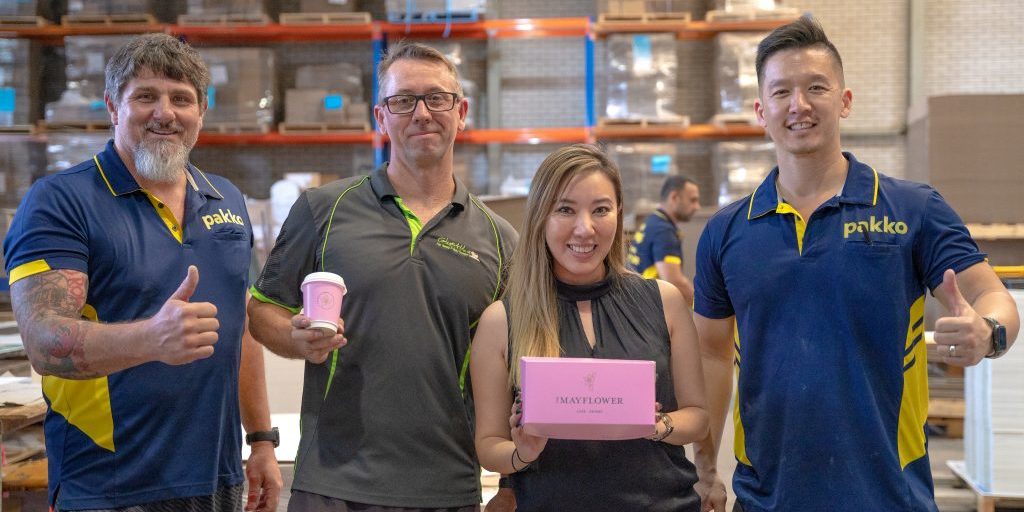 For the first story in @AuManufacturing’s new Packaging, process and progress series, we hear from Nina Nguyen, founder of award-winning custom packaging and print company Pakko. By Brent Balinski.

After a few small ventures ranging from marketing to beauty products to body art, Nina Nguyen moved north to join her parents in Queensland’s Lockyer Valley in 2011.

Her folks went on a holiday there from Sydney’s western suburbs in 2008, fell in love with it, and relocated to become farmers.

Mum asked Nina if she could help with packaging, which didn’t perform well for sturdiness or moisture-resistance while transporting Asian vegetables.

“I said, ‘Yeah, of course. [Laughs.] How hard can it be to make a box?’” Nguyen, who is Founder and CEO of Pakko nowadays, recalls.

Nguyen founded The Box Company that year as an import operation, learned the intricacies of the packaging industry, and went into manufacturing with custom print and packaging business Pakko in 2017.

“Over the years I faced things like the exchange rates, the language barriers and the lead times; I had no control, and all that really got me frustrated,” Nguyen tells @AuManufacturing.

“Why can’t we make that here in Australia? And I’m like, ‘Why aren’t there companies in Australia that can manufacture this with no minimum order quantities and good lead times?” 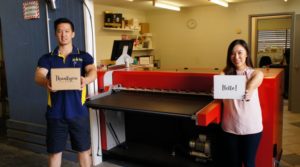 Nguyen describes Pakko’s origins as cautious, due to her newness to manufacturing and not wanting to make any brand-damaging mistakes. The Box Company was its first customer, before winning a contract with an unnamed major telco.

Nowadays the Geebung-based company is apparently prospering, with a focus on addressing the particular needs of other smaller companies, though with a few big-name clients in the mix as well.

Nguyen estimates about 30 per cent of their market is in the pharmaceutical industry – which they shifted their focus to when the pandemic began in 2020 – with about 15 – 20 per cent in the automotive sector, such as mechanics’ garages.

Pakko employs 25, about half of which are females, with what Nguyen says as a highly culturally diverse mix. She credits this – and hiring based on attitude rather than purely on skills – as helping deliver new ideas and approaches.

There’s also a bit of a responsibility to show that a manufacturing workplace is not the dull, uninspiring place some imagine it to be, according to Nguyen.

“If you create the environment to be fun, engaging and inspiring… people will look at you completely different and say, ‘you know what? That company is a lot different to the other manufacturing companies that I know of,” she shares.

“Why? It’s the culture and the people that come together to make it fun and to make it like, ‘Yes, I want to be here because I want to contribute because it’s going to be meaningful to whoever touches the end product.’ That’s my view, anyway.”

Nguyen says the progressive environment at Pakko has helped deliver its Interactive Design Platform, which it has described elsewhere as a first for the Australian packaging industry.

The web-based platform allows customers to custom-build their packaging online before they order it, eliminating a lot of back-and-forth communication and potential misunderstandings.

“Their interpretation versus us as a manufacturer is completely different,” says Nguyen.

“It [also] gives them that emotional journey of, ‘Wow, I’ve inserted my design into this. I’ve selected the colours, uploaded my logo and I can see it.’ They’re emotionally attached to it.”

With the company’s growth and recognition, is there an ambition, somewhere in the background, to grow into the next Visy or Amcor?

As any entrepreneur might, Nguyen says there’s an appeal to achieving a business of enormous scale, but her heart is with keeping production in Australia and staying close to local startups and growing businesses.

“As you grow bigger, you have bigger overheads, you have bigger turnovers… then you go, ‘Is it worthwhile?’ And for me, I care about that. I care about small businesses, because I know what it’s like: it’s a struggle to get, you know, 50 custom boxes made – no-one’s going to look at you because it’s such a small order,” says Nguyen.

“We try and find that little, niche market, which works for us and for growing business. And I guess in turn when we help those small businesses when they just start out, what happens is when they grow you grow with them.”

@AuManufacturing’s editorial series, Packaging, process and progress, is brought to you with the support of SMC Corporation.