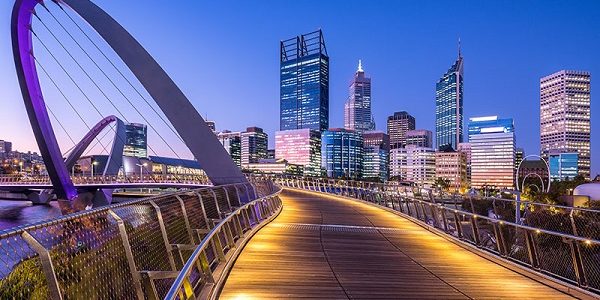 Australia has an opportunity to build a world-leading quantum computing industry and develop important sovereign capability in the technology, according to Quantum Brilliance chief executive Andrew Horsley.

The company uses artificial diamonds to power its quantum computers, which there is no need for the complex cooling systems typically associated with the technology.

These quantum computers won’t require large amounts of space and will be able to slot in over existing technologies like laptops and satellites.

The startup has signed a partnership with the Pawsey Supercomputing Centre to develop quantum expertise in the staff at the high-performance computing and data research facility in Perth, and later to install its quantum computers at the site.

The collaboration also has a goal of establishing Australia’s first quantum supercomputing hub for innovation at Pawsey, a key plank of the CSIRO’s Growing Australia’s Quantum Technology Industry roadmap.

Quantum computing is a key area that Australia should be looking to build its sovereign capability, especially in light of the COVID-19 global pandemic, Mr Horsley said.

“This is an area where Australia has the opportunity to lead. We’ve had two decades of really strong government support for quantum science in Australia, and we’re now at a point where we’re one of the global leaders in that,” Mr Horsley told InnovationAus.

“The challenge is now translating that into a robust quantum industry. Around the world in Japan, the US, Canada, China and Europe, governments are spending tens of billions of dollars on developing quantum technology,” he said.

“This is globally recognised as one of the key technologies of the coming decades that is going to disrupt almost every sector.

“Australia has a lot of skin in the game and has an opportunity to lead. It’s a technology where ownership of it provides an outside and enduring advantage.”

The partnership with Pawsey is a key first step to achieving that sovereign capability in quantum computing, Mr Horsley said, with a goal to establish an ecosystem of key industry players.

“To get that sovereign capability we need viable companies. This is an important milestone for us as a company. We also need a robust quantum ecosystem in Australia – we need users and secondary industries feeding in like manufacturing, and we need domestic customers,” he said.

“This is helping us as a key step in the development of the company, and it’s helping to create that ecosystem that we and the rest of the quantum industry in Australia needs in order to thrive and win internationally.”

Quantum Brilliance is currently taking part in the CSIRO’s ON Accelerator program, and this is how the team met with the Pawsey centre, which is managed by the science agency.

The company’s technology, which is the same size as existing technology and only requires electricity to run, is appealing to the supercomputing centre.

“They’re stressing about how they are going to prepare themselves to take advantage of quantum. They’re all aware they need to start now to prepare for quantum in a few years time. There’s a lot of demand from users to have access to quantum already so they can help drive innovation in quantum,” Mr Horsley said.

“We’re working with them to help them through that journey. They’re particularly excited because of our unique diamond-based technology which offers a pathway to supporting much more attractive visions of quantum. For Pawsey that’s essential, their facilities in Perth simply can’t have things that require infrastructure that IBM and Google are building.”

“We are excited to engage with Quantum Brilliance and the opportunity to develop our quantum computing expertise and help ensure that Pawsey can continue to deliver the best possible service to its user community,” Mr Varetto said.

“We are looking forward to exploring how quantum computing can contribute to solving grand challenges alongside existing and future high-performance computing systems.”

The Quantum Brilliance team will soon start training Pawsey staff on quantum computing and will look to provide hardware as early as next year, subject to additional funding. The company is also looking to start selling its product around the world next year.