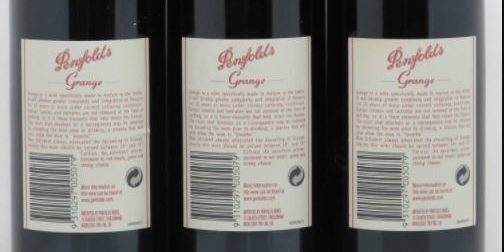 At the company’s annual general meeting this morning chairman Paul Rayner and CEO Tim Ford paid more attention to progress achieved in their new strategy of premiumisation of their global wine brands than it did about the effects of China’s disruptive actions.

The bottom line is that the company has moved past China as a brake on growth.

CEO Ford told the AGM: “Our belief (is) that we have moved beyond the stage of ‘reallocation’ to global expansion and growth.”

TWE fleshed out performance of its international brands which came together in the latest year to give the previously publicised result of a three per cent fall in sales but a a 0.6 per cent rise in margins.

EBITS at $510 million was in line with the previous year, even considering a loss of a $77 million contribution from China.

The big change is a move from a regional approach to selling wine globally, to three new divisions that give greater focus on higher value brands – Penfolds, Treasury Premium Brands and Treasury Americas.

This has been coupled with a global wine supply chain optimisation program which will deliver savings of $75 million a year from FY23.

Its prestige Penfolds businesses maintained top-line momentum led by growth in Asian markets outside China which have received wine previously destined for China.

Penfolds Bin and Icon portfolios grew 15 per cent and 38 per cent in Asia respectively during the year and this growth is now accelerating with depletions growing 19 per cent in the three months to August.

Treasury’s premium brands portfolio’s net sales returns increased in the first quarter led by new Pepperjack ranges in Australia and growth ahead of the market of its 19 Crimes and Squealing Pig ranges in the UK.

And in the Americas the company sold off some of its more commercial wine brands and successfully boosted operational earnings.

Ford said: “We remain positive on the performance of our business in fiscal 22, led by continuing momentum behind our Premium portfolio and the execution of growth plans for Penfolds across key global channels and markets.

“Fiscal 21 was a year of significant change and achievement for Treasury Wine Estates where we navigated major disruptions and challenges to deliver a strong financial performance while executing a number of key strategic priorities that have strengthened our business.”