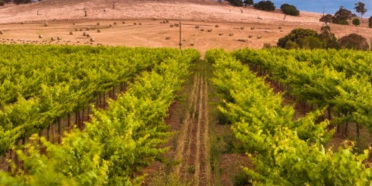 Treasury Wine Estates the owner of the luxury Penfolds wine business is to consider a demerger of its operations to allow greater focus on its premium wines.

The company announced the results of a strategic review of its operations and said it would pursue one option of spliting off its more commercial brands into a new publicly listed company, known for the time being as New TWE.

Penfolds makes up 10 per cent of Penfolds of sales but accounts for 50 per cent of profits, with its iconic Grange widely regarded as one of the world’s leading wines.

If separated, Penfolds would retain luxury wines from the company’s portfolio originating from Australia, Europe and the United States.

New TWE would contain the company’s more commercial wines, which would be rationalised, and also pursue a strategy of premiumisation and margin increase.

TWE’s COO Tim Ford said: “These initiatives will accelerate the separate focus on the luxury versus commercial portfolios, and will be implemented…to maximise potential gains on asset sales, minimise associated one-off cost impacts and minimise disruption to business performance.”

In the United States it owns a similar range led by the Beringer brand.

With so many commercial wine brands within the company competing for similar markets, divestment of poor performers will be high on the agenda.

Once a de-merger is complete TWE will remain among the top 50 companies on the ASX, while New TWE would be in the top 150.