Peter Roberts – on the road in Berri 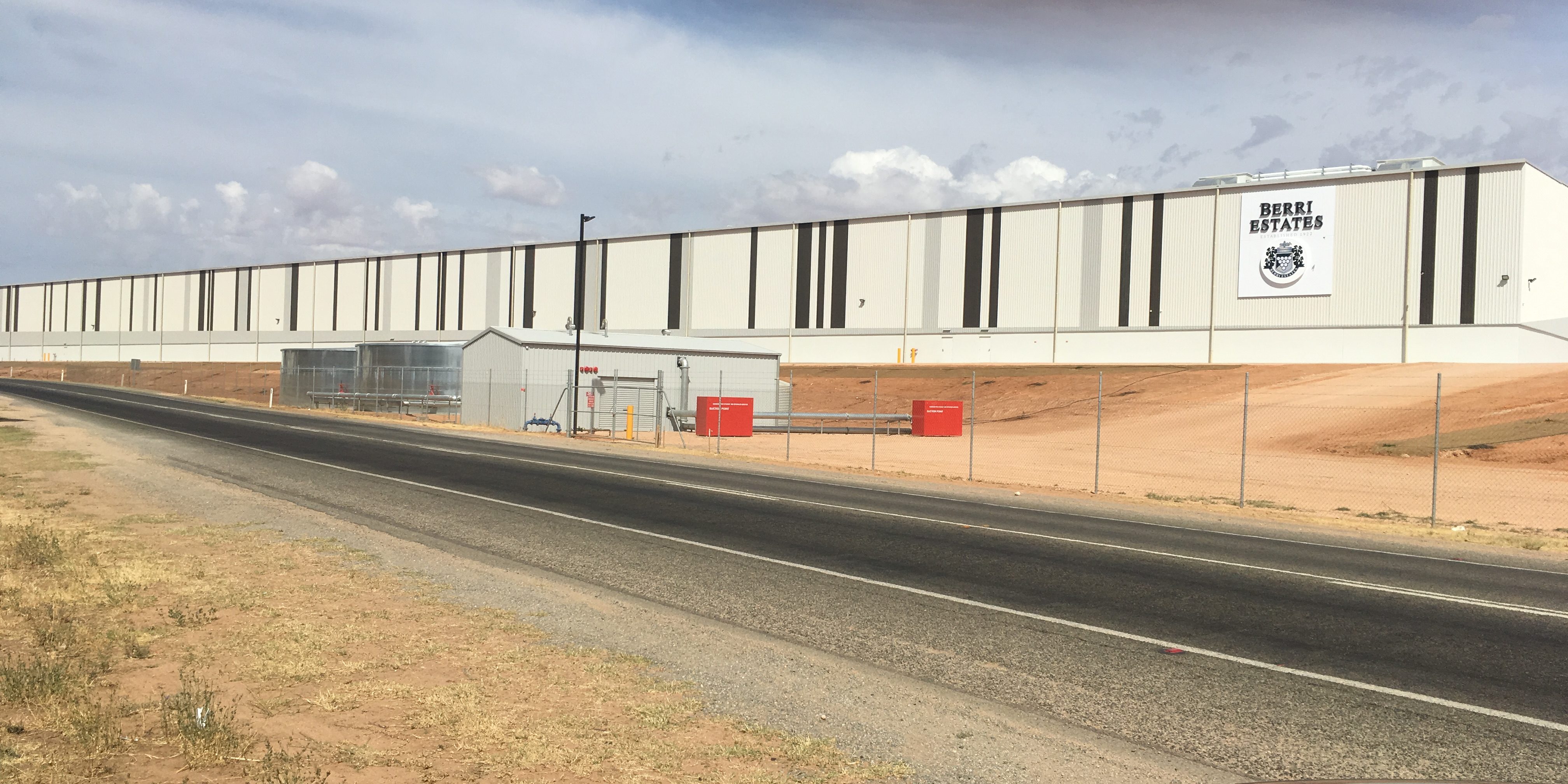 When wine connoisseurs think of fine wine they rarely think of South Australia’s Riverland, and never of Berri Estates with its price-busting five litre casks.

But on a tour of businesses in the Riverland last week it was hard to miss the ambition of Accolade Wines, Berri’s parent, to move upmarket.

Now it intends to move much of Berri’s production from Australia’s largest winery at Berri from boxes into bottles.

A massive $40 million glass bottling plant (pictured) is close to completion at Berri which will be able to bottle up to 8 million cases of wine annually.

The company says: “This investment is a further step forward in the strategy to expand into new markets and will better serve needs to support the growing business into Asia.”

In 2016 Accolade spent 8.5 million pounds building Europe’s biggest wine bottling plant – so it is serious about selling in bottles which attract a higher price per litre than its Berri Fruity Gordo Moselle casks.

Grape growers are also set to benefit through higher prices for their crop.

While Accolade has a portfolio of 51 wine brands in major production areas around the globe, it is Berri where big takes on a new meaning for the company.

Even before the current upgrade, its three automated production lines can produce up to 85,000 casks a day.

Berri’s metamorphosis comes as Australia as a whole has shaken off the cheap plonk image characterised by products such as Kanga Rouge once sold in the UK.

Australian wines have been commanding steadily rising prices for some years now, led by prestige products such as Penfolds Grange.

In 2018 for the first time the value of wine achieving more than $10 a litre on export markets exceeded that of what once was the biggest segment – wine selling for between $2.50 and $5.

In 2018 the average value per litre was $3.32, so with Berri’s 100 million litres annually destined for export, there is massive upside.

Clearly the company is selling below par at the moment – but there is only room for improvement.