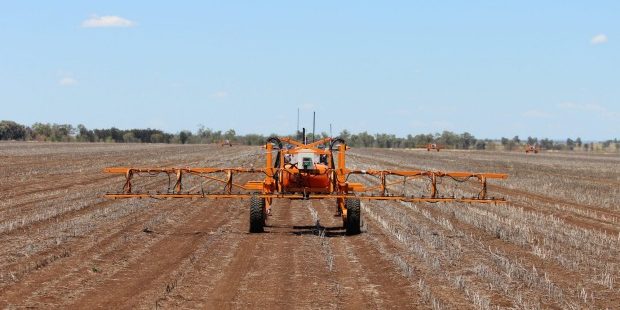 With a population of 209 at the last census and a nine-hour drive to the state’s capital city, Gindie might seem an unlikely destination for talented young software or mechatronics engineers chasing a career with a promising robotics manufacturer. But Queensland’s Central Highlands has a high-tech centre. And it’s hiring.

SwarmFarm Robotics has grown its team to 15 this year, luring bright young folks from Sydney, Brisbane and elsewhere for a rare chance working at an Australian company bringing autonomous systems to market. Gindie, and specifically co-founder and CEO Andrew Bate’s family’s farm, is also the perfect place to test all the real-life demands these robots will come under.

“There’s a robot out, running around in 40-degree temperatures, with a diesel engine generating heat, and you’ve got a computer sitting on top of it… We’ve had to develop cooling systems to keep the PCs cool,” David Blower, the company’s chief operating officer, tells @AuManufacturing.

“There’s a lot of learning by trial [and error]”

The rubber is about to hit the road for SwarmFarm, after around seven years striving to realise Bate’s vision.

His family has been broadacre farming in Gindie for four decades. Bate had seen agriculture grow focussed on larger machinery, increasing throughput, and doing everything quickly. 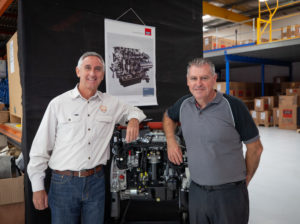 Something very different – precision farming, with fewer chemicals and better yields – is a goal being chased. It’s an ambitious one, assuming the agricultural sector will buy into totally new methods of farming, and requires a thoroughly well-established industry to change its mindset. In numerous interviews, Bate has said the company promises new farming systems rather than automation.

The journey to market has involved collaborations with some of the country’s elite roboticists at University of Sydney’s Australian Centre for Field Robotics, and at Queensland University of Technology.

Now in their fifth generation, the robots are finally ready for manufacture. This is the reason Blower, who has a background including as CEO of Greenfield Mowers and COO at Century Batteries, was brought into the company.

SwarmFarm has strong relationships with suppliers including Bosch Australia, Whitelaw Hydraulics and Hatz Diesel, which provides the SwarmBots’ engines. The supply chain involves the “best of the best as far as the components go, [and] we have the direct relationship with all the component manufacturers,” Blower says.

As with technology companies such Apple, SwarmFarms does not handle production in-house. SwarmBot assembly is by Seris in Toowoomba.

And as with Apple, SwarmFarm provides a platform to which others can contribute their own apps and on which they can invent their own uses. The machines are designed to have their parts easily changed out for different situations.

“As we grow, as farmers or industries identify a particular need that they can use the robot for, we will encourage software developers to develop the apps and they can then run them on our robots: a bit like the iPhone environment,” explains Blower.

“We’re not going to develop every app and we’ll collaborate or allow others access into our platform to develop software to run different attachments… it’s only limited by people’s imaginations as to what the robot can be used for.”

Interest has come from farmers growing macadamias, berries, almonds, chickpeas, cotton, and much more. It has also come from mine sites for rehabilitation work. 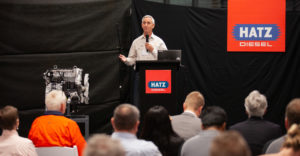 After having its machines contracted out and operating on beta tests for various users, the company is finally comfortable its technology is mature enough for the world. This Monday, it hands over the keys for its first commercial order to a turf farmer in Caboolture.

Its ambitions are lofty, including but not limited to changing the way the world approaches farming.

For now, there are 25 robots on the order books and a capital raising to think about. It plans to make and sell 100 in 2019.

In the bigger picture, there’s a need for more manufacturers like SwarmFarm, providing an opportunity for bright graduates and others to apply their skills locally.

As this year’s Robotics Roadmap for Australia puts it, we “must develop new high-tech firms and a vibrant robotics industry in Australia if we are to maintain our standard of living.”

There’s an acknowledged need in agriculture and other industries to lift productivity or else. One answer is robotics. If SwarmFarm is successful, robotics will also answer the question: why are all those young tech whizzes moving to Gindie?