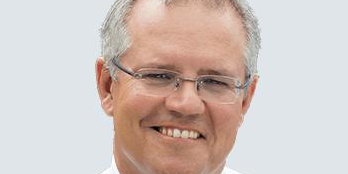 The Canberra media was this morning leaked details of a Prime Ministerial address due to be given to the National Press Club today (Thursday) detailing the government’s long-awaited plan for manufacturing.

These were the first three recommendations of the new deal plan for manufacturing crowd sourced from readers of @AuManufacturing and members of the Australian Manufacturing Forum social media group.

Yet management skills are mediocre and workplace skills are in decline and perhaps the greatest human element missing from our hoped for manufacturing revival.

There is a grab bag of initiatives all laudable in themselves, including a $1.3bn co-investment fund for large projects in priority sectors of resources technology and critical minerals processing, food and beverages, medical products, recycling and clean energy, defence and space.

PM Scott Morrison is essentially trashing decades of campaigning by economic rationalist sections of the community that we should not pick winners.

Covid-19 has taught us that we need to work on Australia’s weaknesses and we should have always focused most effort at building on our strengths.

The manufacturing package includes an additional $107.2m towards strengthening supply chains that have been disrupted during the pandemic.

The Guardian says the early focus of that investment will be on medicines and medical equipment, followed by products such as food, chemicals and plastics.

The government will also top up a pre-existing manufacturing modernisation fund by $52.8m.

These are grant programmes which are routinely decided behind closed doors and not available equally to all.

Finally while there is talk about R&D there are as yet no details and likely no more cash – after all the government is right now attempting to cut back on research spending.

I haven’t seen the detail yet but the $1.3bn co-investment fund is clearly the most interesting of the proposals.

But more was invested in clean energy – $1.9 billion – earlier this month, and far more is to be given away in futile tax cuts to the already-well off, suggesting a low priority for manufacturing.

And really, how can $1.4bn in total change the trajectory of a two trillion dollar economy? It won’t, the sum is far too small for the size of the problem.

The scale of Australia’s manufacturing malaise is far greater than the federal government’s response.

Manufacturing is a rump of its former self at only 5.6 per cent of GDP the lowest among developing nations.

Australia has only one factory capable of making silicon chips, for example, and this is small-scale and specialised in nature.

Computer chips are perhaps the essential of modern industry yet experience has taught us that to attract a significant investment in a large-scale chip plant would eat up $200 million in government assistance.

In medicines we manufacture no anesthetics at all and no rubber gloves – clock up another $100 million here.

A billion dollars will be gone very soon, or more likely spread far too thinly.