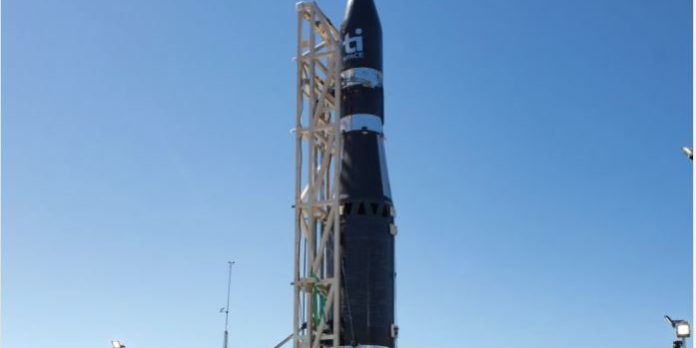 A day of anticipation at the Whalers Way Orbital Launch Complex near Port Lincoln in South Australian launch turned to disappointment this afternoon when a 10 metre Taiwanese rocket was halted just before lift off.

During the final steps prior to lift-off, one of the systems did not come online.

As per Southern Launch and TiSPACE’s safety protocols, the rocket was put into a safe state.

Lloyd Damp, Southern Launch CEO said: “The Southern Launch and TiSPACE teams are assessing the status of the launch vehicle, including the ability to attempt another launch at a later date.”

This is the second disappointment for Southern Launch and TiSPACE, with a launch proposed for last Friday postponed due to strong upper winds.

At that time Southern Launch teams monitored the winds using radiosondes, in conjunction with information provided from the Bureau of Meteorology, and determined that it would be not ideal to launch in the wind conditions.

Lloyd Damp said then: “Space is hard and that’s why we’re taking an incremental approach to developing an Australian space launch capability.

“We had planned and trained for this potential outcome, facing an external factor like weather which would result in our teams needing to postpone the launch.
“The team are disappointed that we were unable to make history today for the Australian space industry.”

The launch window for the rocket to blast into low earth orbit is still open until Thursday, September 23rd.
gain, the launch window is open from 6:00am and 18:00pm ACST

The Hapith I rocket would be the largest rocket launched from Australian soil in a number of decades.

TiSPACE is based in Taiwan, specialising in space technologies and launch services. The launch of Hapith I will test the hybrid rocket’s propulsion, guidance, telemetry, and structure systems.