“Productivity needs to improve,” but is that the real problem – by John Sheridan 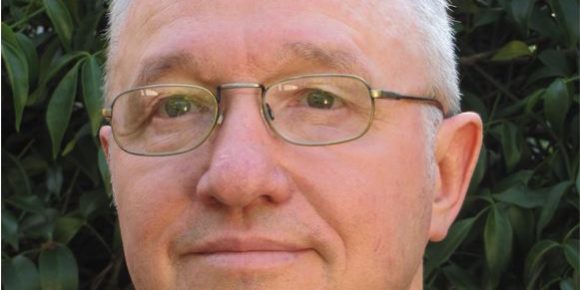 “Productivity needs to improve,” says the RBA, BCA, CEDA, Treasury and the Banks. But that is not the real problem argues John Sheridan

The RBA, the BCA, government ministers and others are all back on the bandwagon again – “Australia’s productivity needs to improve before people can expect wage rises”.

One of the measures of productivity is Gross Domestic Product per hours worked. This refers largely to how much work is accomplished by a worker in a particular work environment over a period of time.

So saying that we need to increase productivity is really saying that Australian workers need to work harder, to do more during every hour they are at work – it’s the worker’s fault, not the employers or government.

Which is of course nonsense.

Working harder in many of the industry sectors that are funded by state and federal governments is good but does not generate wealth, innovation and jobs.

It improves the efficiency of those sectors, and that should be rewarded, but does not help improve the overall economy.

We have enjoyed having a “lazy economy” for many years, an economy funded mostly by mining and agriculture and more recently by education and tourism.

Dig stuff up, grow stuff and sell it. Invite folk in from overseas – educate them and/or show them around.

No strategic thinking. No investment in Australia’s future – in our productive industries – the ones that generate real wealth, innovation and jobs.

No adding value. Just more of the same.

Our federal “leaders” are locked into Business as Usual thinking. And that is business as usual in the 1950’s sense. Sheep’s back. Dirt, meat and wheat.

Which might be fine if the world remained the same. But it doesn’t. It is the 2020’s not the 1950’s.
The world has changed. Digital revolution. China. COVID. Climate change. Conflicts.

We now have to think and act strategically, with an eye on all the new challenges.

We have to carefully manage and grow our potential “productive economy”.

We need more productivity in our productive industries – agriculture, defence, education, energy, ICT, manufacturing, medical and health, mining and robotics. – delivered through increased investment in R&D, and better use of technology.

And that requires vision, decision, direction, investment, support and encouragement.

But we don’t do that. We just demand that, “everybody works harder”.

But that is not the only problem. This is.

Australia ranks 86 in the world for economic complexity. This index measures how well we are doing with the things we make.

Japan is at the top, up there with China, Switzerland, Germany Korea, Singapore and so on.
Australia is way down the bottom next to Kazakhstan, Mauritius, Oman and Guatemala.

Down with the dumb and dumber.

And we only rank 23rd on the Global Innovation Index.

It’s not productivity that is the problem, it is the lack of strategy, vision and direction steering Australia to a productive future.

In manufacturing, automation and business management systems have made factories more productive. Many larger factories are nearly fully automated.

Technology is delivering the increased productivity, not just workers.

Productivity can be improved by technology. And this will continue to happen.

Improving productivity will be managed by proper use of technology.

Improving economic complexity can be managed by investment in the productive industries that are the foundation of our future.

And we can start building that future right now. It just requires vision, direction and action.

After twenty years in advertising as a creative director working for multinationals in three countries, John Sheridan co-founded Digital Business insights to help organisations leverage the benefits of the new digital economy. He is the co-creator of the RED Toolbox, an innovation platform for Australia’s productive industry sectors.