Profiles of success: Aussie AV pioneer urges us to think our way to prosperity 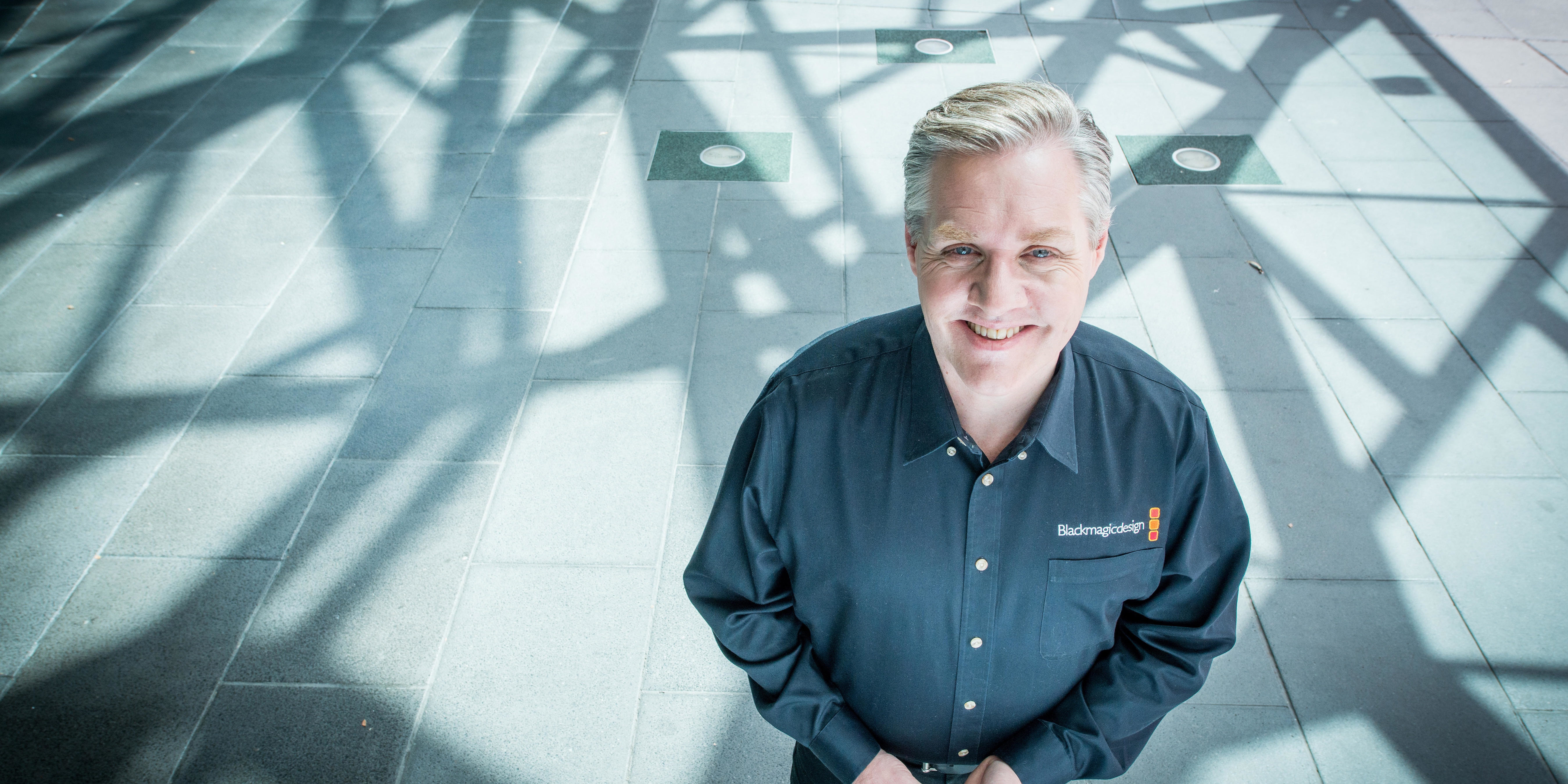 Australia can claim numerous motion picture technology achievements. From the current work of special effects and animation houses Animal Logic and Rising Sun Pictures, to the Cineon workstation (which won a Scientific and Technical Oscar) developed at Kodak Melbourne, all the way back to legendary inventor Henry Sutton’s proto-TV.

Founder and CEO Grant Petty does not want to talk about making movies when @AuManufacturing calls, however. His mind is on clever companies, and the need for the country to produce more of them.

“Australia doesn’t understand intellectual property at all… You can’t actually get growth from property businesses, unless you’re doing inflation tricks or debt bubbles.”

He mentions California – the world’s fifth-biggest economy – and other economic leaders. Their wealth is largely based on technological ideas.

“It’s got some wine and stuff like that, but it’s really just basically kind of a desert,” Petty adds.

“That wealth has come from invention. It’s come from people’s brains. They just thought it up!”

Inventions for a global audience have been the key to Petty’s and Blackmagic’s success, too. He estimates this financial year it will turn over $350 million, only 1.5 per cent of it from Australian sales.

Its philosophy has been to “empower creativity” among users, driven by Petty’s previous career as an engineer at TV studios. At the time, the creative folks were often priced out of owning their own gear, which was prohibitively expensive, and working in a situation which was “effectively an equipment hire business dressed up as the TV industry.”

Blackmagic has grown to 1,050 employees across seven countries. It has made seven acquisitions along the way – including cinema software company da Vinci Systems and pioneering Australian audio company Fairlight – and offered solutions for more and more of a content creator’s workflow.

The headcount at the Port Melbourne headquarters is 350, and it is here that some of the higher-margin, more complex products, such as film scanners, are made. Unfortunately, a lack of local manufacturing talent means that most of what is assembled is assembled in Singapore and Indonesia.

“The great thing about Singapore now is that the economy has still got a lot of really good manufacturing leadership,” says Petty, adding that around 1.4 million parts are put together each day at Blackmagic’s various sites.

“We just couldn’t get senior people in Australia. I mean, the process is mostly automated, so it’s not like you’ve got a lot of labor costs. But the problem you do have is that you need really good leadership to make sure everything meshes well… There’s just not enough engineers and people like that in Australia.” 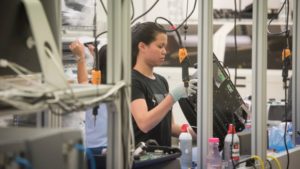 Engineering work is also carried out Hong Kong, Japan, the US and the UK.

R&D is constantly mentioned in terms of creativity by Petty. There is no rigid budget for R&D. That might be necessary at a listed company, says the CEO, but it’s unnecessary at Blackmagic. New products are based on problems as they come up.

“One of the advantages that I have is this is such a big pile of problems that we’re trying to solve. Really, I am just picking things off the pile,” he offers.

“It just seems like every time you do anything, it feels like a ‘oh, we’ve solved that problem.’ Well, it actually raises ten other problems.”

He adds that he’s being intentionally vague, that the process is hard to formally describe, and it could fill a 50-page book.

To return to the need for more IP-based businesses, what needs to happen?

First, we need to raise the importance of such firms in creating economic growth.

Then we need to make coding education widespread in schools, believes Petty. The businesses of the future need computational skills. The businesses of today, even hairdressers or pizza shops, can be run better if they have programming skills within their teams.

Thirdly, we need more engineering talent here. The local shortage is well-known. According to 2015 figures from Engineers Australia, of those in the profession entering the workforce, 9,850 were graduates. 16,000 were migrants “on either temporary or permanent visas”.

The Blackmagic founder says we should be trying to hold on to international engineering students graduating in Australia.

“What a fantastic thing it would be if we could keep them here!”

We need to stop squabbling over property, and start getting creative, he adds. IP-based businesses, and the skills required for them to thrive, are the future. Local leaders in advanced manufacturing – such as Blackmagic and scores of other companies discovering the next great ideas – are showing the way.

“If you’re doing manufacturing right, you’re doing essentially a process of exploration of what you don’t know,” says Petty.

“And good manufacturing is essentially a large network of people just trying to discover what they don’t know.”