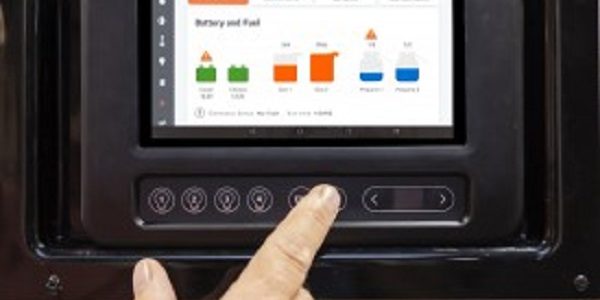 Australian manufacturing businesses can adapt and flourish by focussing on collaboration and both adopting and offering newer digital technologies, Setec is proving.

The Knoxfield, Victoria-based power supply and management business celebrated its 50th anniversary last year. It is a genuine “manufacturers’ manufacturer”. About 90 per cent of what it sells is to other manufacturers. Its customer list is small and quality-focussed, with partners including Jayco Australia, ResMed and Codan.

Like many successful business-to-business enterprises, you’ve probably used its products without knowing. Had a slap on the pokies lately? That was likely made possible by Setec, which has designed and supplied power supply units to Aristocrat since the mid-90s.

Setec has been involved in the Australian caravan and campervan market since 2005. Its BMPRO division was created in 2013 to focus on these customers, and is an important part of Setec’s plans to continue recent growth. Last month it announced contracts for two new customers, Jayco and Thor Motor Coach. Each were impressed by a new RVMaster product, which allows an RV user to control and/or monitor equipment like water tanks, tyre pressure, lighting and air conditioning by a console or app. 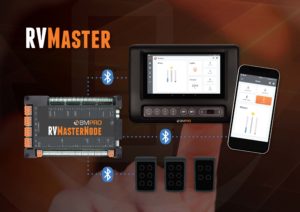 “It’s been over the last year basically,” Louise Bayliss, CEO of Setec and BMPRO, tells @AuManufacturing of working with the two American companies.

“We’ve always exported. But we’ve exported to an Australian company. So when you look at the likes of Aristocrat – 70 per cent of everything we make for [them] gets directly shipped from us. And we deal with Aristocrat USA rather than Aristocrat Australia on those items.

“From an RV perspective in the US, this is our first time of having to set up an office [and] having legs on the ground. That’s a big change for us. I feel more that we’re setting up a business offshore rather than just shipping product offshore.”

Bayliss’s parents began the company as Scientific Electronic in 1968, with her father Peter Lloyd leaving a job at CSIRO in 1972 to concentrate on business. Bayliss has been in various roles, including managing director from 2000 – 2009 before stepping down temporarily to raise children.

Bayliss says her company’s longevity and success have come down to a focus on giving customers a competitive advantage and linking closely with them to make this happen. She cites engineering to engineering, quality assurance to quality assurance, and cross-functional staff contact between Setec and its clients.

The last few years have been good ones for the company. Total headcount has risen from around 70 in 2014 to 100 now. Roughly 15 jobs were added last year.

Bayliss says new hires have included document writers, project managers and things like systems support staff. In the last year R&D staff have increased by 50 per cent. Once full production of RVMaster for the two US clients is reached, more production roles are likely.

The changing nature of Setec’s workforce reflects manufacturing employment in general, as customers demand more software- and connectivity-enabled features from their products. 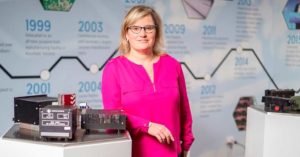 In the last few years Setec has reshored production from Malaysia. Products were redesigned to remove nearly half of the labour cost to make this possible.

Reshoring has made it easier to justify new capital investments, such as a new soldering robot and an automated electro-optical inspection machine. Customers are also kept happier through better responsiveness. Other benefits include face-to-face collaboration between Setec’s production and engineering staff.

Besides redesigning products, another important step allowing local manufacture has been continuous improvement through an in-house innovation program, SIP.

Monthly team meetings help identify where production can become cheaper or better, with suggestions committed to Post-it and added to a whiteboard. Changes might be process-related or might be equipment-related. The bottom-up process goes to a vote, and each department has a budget of $500 a month to implement winning ideas without needing approval from up top.

The focus on collaboration, both inside and outside of the company, has allowed it to stay relevant and build on its long history.

Moving into the US RV market is an exciting new chapter. The first units installed in Thor Motor Coach vehicles left their lot at the end of last week. Those for Jayco USA are currently being prototyped, evaluated and integrated. Production of these is expected by year’s end.

“There’s 450,000 RVs manufactured in the US every year compared to 20,000 in Australia, so the scope for us to grow into the US is incredible,” says Bayliss.

“We’re only offering one product currently in the US versus in Australia into the RV industry we offer about 10 products. So there’s lots of opportunity.”