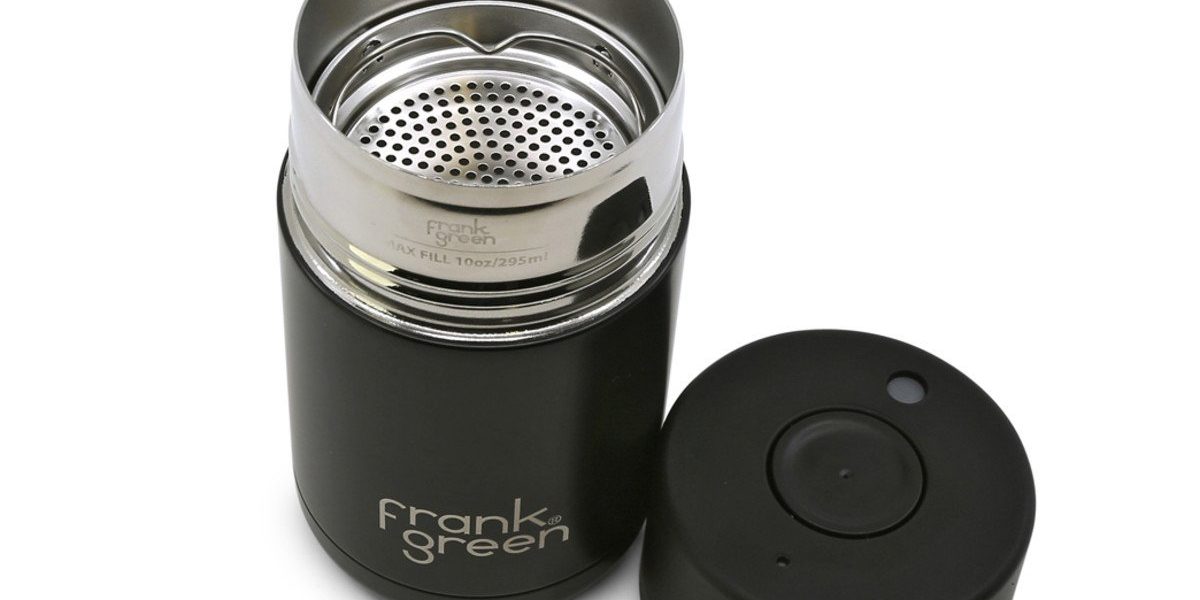 If you’re a cafe-goer, it’s near impossible that you’ve missed the surge in popularity for reusable cups.

The trend makes a lot of sense. Consumers get to feel good about themselves for creating less waste, delicious drinks stay hotter longer, and outlets save a little on disposable cups for each beverage they make. Everybody wins, including fast-growing Australian cup companies, such as KeepCup, Cheeki and frank green.

Business is booming, says frank green founder and CEO Benjamin Young, who started the business in 2014 following a career in waste industry mergers and acquisitions.

“Last year, in certain parts of the business, we’re getting 500, 600 per cent [growth],” Young tells @AuManufacturing.

The reportedly $20 million company opened a US operation last year, has grown to 80 employees, and has moved “well into the millions” of units sold. It has offices and warehouses in Australia, the US and UK, and exports to “just over 40” nations.

The story gets better when you add that manufacture of its reusable cups and bottles is almost entirely done in Australia by an ex-Toyota supplier which seized the chance to diversify.

“Once you look at rejects and time value of money and quality and all that kind of thing, the ability to go to market quickly with a really beautiful product, Australian manufacturing actually is more cost-effective.

“And I can spend my time on marketing and developing the business as opposed to fixing problems that inevitably come with overseas manufacturing. And I don’t know anyone that’s manufactured overseas with no problems.”

Last year it introduced the option of stainless steel bases to its range in the first quarter of 2018, which has proved popular. One issue raised is that it has had to look to China for the supply of these. Not that there’s anything wrong or unethical about importing its inputs, but Young would rather the responsiveness and simplicity of a local supplier. There’s just nobody who can produce vacuum-insulated parts out of 304 stainless steel at volume, or at least not that they have been able to find after beginning their quest in earnest last month.

“There’s no one with that skill and expertise. It’s all long gone, and been taken offshore,” says Young, who has made enquiries with the Australian Stainless Steel Development Association.

“15 years, 20 years ago, we stopped doing anything of this nature in Australia. Unfortunately, some really amazing engineering brains and skills and experience has moved offshore.”

He adds that while he could bring this in-house himself, but the company’s focus is best spent elsewhere.

Success so far has been based on doing what they do well, while manufacturing partners handle production.

Frank green has innovated aggressively to try and stand out in its booming category. It brought in a clever Pay app, allowing customers to swipe their cups at any place accepting Visa rather than fish through a pocket for a credit card or cash.

In 2018 alone, it introduced its stainless steel offering and the option of monogrammed vessels. R&D is based on an obsession with customer needs and behaviours.

“We’ve learned any kind of pain point that there might be, and we will do whatever we can, and we’ve got a really good relationship with our industrial design firm, and we’ll just design the problem out; a weakness will become a strength for us,” explains Young.

“The reason why we monogram is because when you have a personal connection with your drinking vessel, you’re more likely to use it, and that’s in line with our values about stopping the manufacture and use of single-use products around the world.”

Being able to bring new ideas to life commercially is also part of the desire to make locally.

Besides having to hop on a plane if there are quality issues, offshoring puts too much distance between design and manufacturing, and takes away the value in being able to go down the road to North Altona to visit their current Australian supplier.

“And then it’s about any innovation that we have as well, any new ideas. We can bring them to life so quickly,” offers Young.

“There’s no language barrier, and we’ve definitely got the capability in Australia to run at that really hard.”