The concept of the circular economy has gained traction lately, as more people and the companies that sell to them acknowledge growing populations and limited natural resources. Multinational brands are setting ambitious targets on reusable and recyclable material use. And ambitious countries such as the Netherlands are getting involved. The Dutch have committed to halve raw resource use by 2030 and to “achieve circularity”, or a completely circular economy, by 2050.

As one expert explains it, the concept is “centred on keeping products, components and materials circulating in use for as long as possible, through long-lasting design, repair, reuse, re-manufacturing and recycling. The ultimate aim is to minimise the amount of resources consumed, and waste generated, by our economic activities.”

Enthusiasts say it also offers major wealth opportunities. A report by Accenture in 2015 suggested a prize of $4.5 trillion in extra global economic output through adoption, and major benefits to the companies going circular.

None of this is news to Somerton, Victoria’s Close the Loop, which started in 2001, expanded to the US in 2007 and then Belgium via an acquisition in 2016, the same year it entered the Victorian Manufacturing Hall of Fame. According to an investor presentation given last year, it recycles over 4 million, 40 million and 3 million printer cartridges in each of those countries respectively. 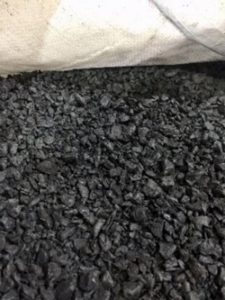 “We don’t send anything to landfill; we have a zero waste to landfill brand promise,” Nerida Mortlock, the firm’s General Manager,” tells @AuManufacturing.

“You need to be able to reuse products that you bring in, and this is what having a circular economy is all about. It’s really exciting to be at the forefront of this type of innovation and industry.”

Last week CtL added a finalist in the SME category at the World Economic Forum’s “The Circulars” to its list of awards, recognising recent efforts in saving products from landfill and turning them into road surfaces.

It opened a new line at its factory in November for the new TonerPlas product, which four Australian states began to use in small applications last year. There are two people running it currently, and CtL hopes to triple this as demand for the product, developed in collaboration with Downer, increases. It has annual capacity for enough product to surface a two-lane, Sydney to Melbourne road.

The product uses a combination of recycled plastic bags and printer toner cartridges. It is then melted into the asphalt mix, which includes reclaimed asphalt pavement and recycled glass. According to CtL, a kilometre of two-lane road uses the equivalent of 530,000 plastic bags, 168,000 glass bottles, 12,500 toner cartridges, and 135 tonnes of recycled asphalt, with the finished road having a 65 per cent improvement in fatigue life compared to standard, state road-specified asphalt. 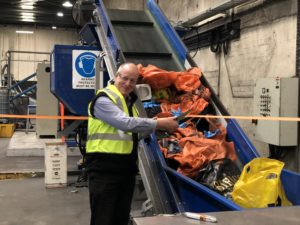 TonerPlas also features help from Red Group and Plastic Police for collecting what eventually ends up as road ingredients.

“We had the thought concept of incorporating soft plastic and toner together, and so we did that in-house [led by] Technical Manager David Hitzler… and we work really closely with Downer’s R&D team; we collaborate with them to be able to get the right mix,” explains Mortlock.

“These things don’t happen overnight. This was a couple of years of R&D, a lot of time, effort, and money into this. You need collaboration and partnerships. The circular economy doesn’t happen in isolation. You need partners to create success.”

Interest from governments and big business in tackling plastic and other waste – as well as China’s “National Sword” clampdown on importing garbage from other countries – suggest the circular economy will likely grow in importance. As Close the Loop is showing, it can also offer opportunities for clever manufacturers and their collaborators.