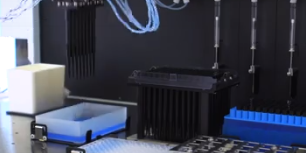 The company announced its PromarkerD test system to predict the onset of diabetic kidney disease would be sold in Spain under a deal with Patia Europe.

The company has successfully transferred the PromarkerD technology to Patia and will be paid royalties for each test sold.

Proteomics also manufactures test kits for PromarkerD, the first in the diabetic field that can predict the onset of disease within four years.

Proteomics CEO Dr Laureano Simon said: “As the first country in Europe to adopt the PromarkerD test, Spain would be at the forefront of of diabetic kidney disease diagnosis and prevention.”

Around 142 million diabetics worldwide are likely to develop kidney disease.

The company shipped the first batches earlier this year of its’ immunoassay kit following completion of the complex manufacturing process that was required for a multi-target test such as PromarkerD.

The PromarkerD kit can be used by pathology laboratories globally, opening the door to new licensing opportunities around the world.

It is also developing tests for Endometriosis and Giardia Parasite infections.