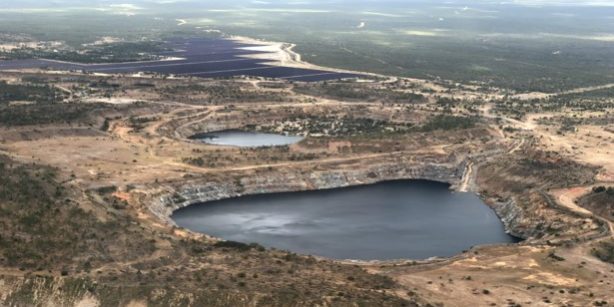 The Northern Australia Infrastructure Facility (NAIF) has approved a loan of up to $610 million for Genex’s Kidston pumped hydro project in Queensland, 270 km north of Townsville.

The Kidston Project is the first globally to utilise an abandoned mine and will be capable of producing 250MW of power for eight hours.

NAIF CEO Laurie Walker said “This loan to the Kidston Project is the largest investment made yet by NAIF.

“The loan comprises just over 12 per cen% of NAIF’s total $5 billion facility.

Queensland is now the recipient of 55 per cent of all NAIF commitments with a total of $783 million across 4 projects.

The project will buy and store power from the National Electricity Market when it is cheap and plentiful in off peak periods.

It will then sell it back to the market when prices go up in periods of high demand, typically in the morning and evening peak periods.

In providing a long-term concessional loan to the project, NAIF helped the Project to overcome barriers of increased labour, transport and materials costs due to remoteness.

Walker said: “The conditional support NAIF provided to the Project in 2018 acted as a catalyst by bringing confidence to the project.

“This helped Genex to move the project forward by obtaining other support for the project, including signing a term sheet with EnergyAustralia for a long-term offtake agreement and equity investment.”