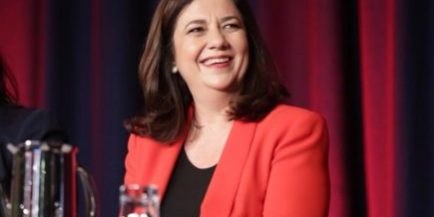 The Queensland government diverted up to a third of its industry attraction program to support existing local manufacturers to pivot to COVID-19 supplies, including ventilators, masks and testing kits in the state.

Ten applicants so far have been approved for support from the state government’s Essential Goods and Supply Chain Program (EGSCP), with the state Labor government now mulling the future of the program, which is now on hold.

The EGSCP was stood up in May 2020 to help manufacturers produce essential goods, particularly in response to COVID-19.

It is unclear how much of the $50 million has been allocated so far but the government paused applications in January for both the EGSCP and the Advance Queensland program to focus on existing applications.

“As of 20 January 2021, both the Essential Goods and Supply Chain Program and the Advance Queensland Industry Attraction Fund are currently not accepting new applications as the government does not want to exceed the funding allocated for these two programs,” a Queensland Treasury spokesperson told InnovationAus.

Queensland Treasury declined to disclose individual grant amounts awarded so far by the EGSCP, saying they are commercial in confidence.

The spokesperson said the government will continue to work with local businesses and manufacturers to expand COVID-19 supplies, and will review the EGSCP when all the money has been allocated.

“Once all allocated funding has been distributed, the government will undertake a program review to inform decisions around further business investment initiatives,” the spokesperson said.

The program has been effective in several cases, with Queensland manufacturers exporting goods as Australia enjoys relative success in managing the virus.

Earlier this month Brisbane-based biotech firm AnteoTech announced it had gained European accreditation for its rapid COVID-19 testing platform and will now move to commercialising products in preparation of exports.

AnteoTech received $1.4 million through the EGSCP, which it disclosed via an ASX announcement. The support allowed the company to progress the test kit from prototype towards a launch.

Ellume, a biotech company also based in Brisbane, used grants from the EGSCP to introduce advanced manufacturing processes to its production of rapid COVID-19 test, which can deliver results in 15 minutes.

Ellume’s talks with the federal government about deploying its tests in Australia have stalled but it has secured a deal to sell them across thousands of US pharmacies as part of a $300 million contract.

Brisbane-based MedTech manufacturer WearOptimo has also received undisclosed funding under the program, allowing it to begin producing its small sticker like devices that can detect dehydration in patients.

Logan manufacturer Imaging Solutions also received funding under the program in March to develop its protective equipment for imaging diagnostic procedures, which have increased during the pandemic.

According to Queensland Treasury, applicants have been assessed on their ability to onshore manufacturing and/or services, to ensure responsiveness to COVID-19, reduce reliance on imported essential goods for a future “critical event”, support manufacturing supply chain jobs, and demonstrate value for money to the business, local market and the state.