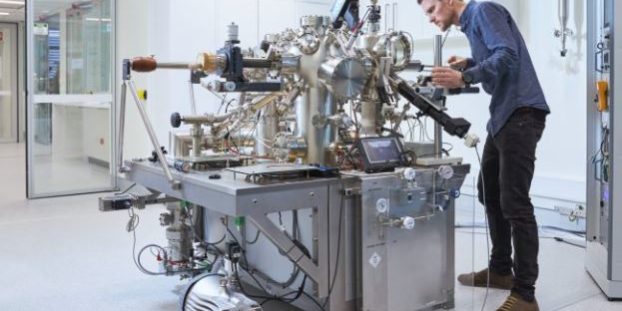 History shows that while we have some areas of scientific brilliance, few of our ideas translate into anything other than niche businesses – and this is especially true when looking at seminal global scientific development such as quantum computing.

Some big players such as Google and IBM have successfully built quantum computers which store data at the sub-atomic level, but so far they are expensive and complex, and their qubits – the quantum equivalent of a bit – are difficult to control and prone to error.

This is one area where more than two decades of research, unusually for Australia well funded and funded early by governments, has produced two University of New South Wales related businesses which draw on the science led by Scientia Professor of Quantum Physics Michelle Simmons.

The first is Q-CTRL which has developed software tools to improve the performance of quantum computers, stabilise them from degradation and reduce their rate of errors – a major brake on developing quantum computers with thousands of qubits.

Q-CTRL’s most recent advance was to develop algorithms that are 400 times more efficient in reducing errors, something the company claims is ‘the single most effective strategy that’s ever been demonstrated to improve the performance of quantum computers’.

At the moment it is supplying its AI based systems mainly to advanced research and industrial groups, suggesting there is every chance its technologies will be included at the fundamental software level in future quantum computer chips.

Of course it has competitors, as does the second company led by Professor Simmons, Silicon Quantum Computing (SQC) which is challenging typical ways companies have produced quantum computers.

Quantum computing chips are made from silicon with most made from the isotope silicon 29, with SQC said to be making good progress on silicon 28 devices.

But SQC, founded in 2017 with $83 million of capital funding from governments and investors, has also developed new atom-by-atom fabrication techniques and swapped atoms of silicon with phosphorus atoms.

Controlling the ‘spin’ of the phosphorus atom – the way atoms store data – makes it useful as a qubit.

SQC aims to have the capability required to reliably produce a ten qubit prototype quantum integrated processor by 2023, and to deliver a programmable device based on a one hundred qubit quantum processor embodying error correction before 2030.

They are relatively modest claims in the hyped world of quantum computing but the science behind the company has already produced firsts – that word again – such as the first transistor made from a single atom, the world’s thinnest wires, and the most stable quantum bits in silicon.

Both companies are funded by a who’s who of technology venture capitalists from here and aboard – and one of them may even be that elusive local science that translates to a global position.