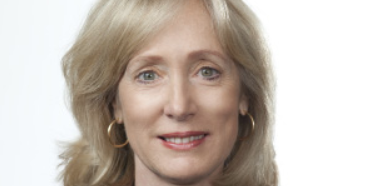 Manufacturers and researchers involved in the sector have figured in the Queen’s Birthday 2020 Honours List which recognised 933 Australians this year.

The highest honour of Companion in the general division (AC) was awarded to Belinda Hutchinson (pictured), for eminent service to business, tertiary education, and scientific research.

Hutchinson is Chairman of defence manufacturer Thales Australia, Chairman of Future Generation Global Investment Company and Chancellor of the University of Sydney.

She has held senior roles in at least five companies including AGL Energy and Qantas Airways Ltd.

Brown was researcher in turbulence at the University of Adelaide, the Aeronautical Research Laboratory in Melbourne, Princeton and Caltech where he worked on hypersonic vehicles and rocketry.

His work influenced design of the solid rocket motor for the Titan IV and the Tomahawk cruise missile.

Ralph Evans was honoured for distinguished service to international trade and investment and for business and venture capital endeavours.

Evans’ career began in the distillery division of CSR Company, and he later held senior roles at McKinsey before forming his own firm Pappas Carter Evans & Koop.

He was a director of Orlando Holdings during its formative years but his most influential role was as managing director of Austrade from 1991 to 1996 where he established a more commercial culture and reoriented the organisation towards Asia.

Denise Goldsworthy was honored this year for her distinguished service to business,particularly technological innovation and research in mining and manufacturing.

Her career began at BHP Steel Newcastle where she attained senior operational roles over 17 years of service.

At Rio Tinto she was a leader in two major technological developments – autonomous mine haul trucks and HiSmelt, a project that developed a direct reduction process of iron ore to steel.

She was also director of Dampier Salt and 2010 Telstra Australian Business Womnan of the Year.

Cheesemaker Kris Lloyd, became a Member of the Order of Australia for her contribution to the food industry.

Llord, of Woodside Cheese Wrights, suffered during summer’s season of bushfires when fires destroyed thousands of kilos of stock.

Hardy’s wine mogul Bill Hardy became the sixth generation of his family to receive honours with the award of a Medal of the order of Australia.

The head of the McLaren Vale wine company said he was grateful for the opportunity to sell the rest of the world on Australian wine.

“I had a lucky career,” he told ABC news.

Gary Baldwin formerly of Arrowfield wines was another honoured in this leading industry sector.

Baldwin was prominent in the Australian Wine Research Institute and is owner of Wine Network Consulting where he assists many of the country’s leading winemakers.

Kathryn Fagg, a director of Incitec Pivot was honoured for distinguished service to business and finance, to the central banking, logistics and manufacturing sectors, and to women.