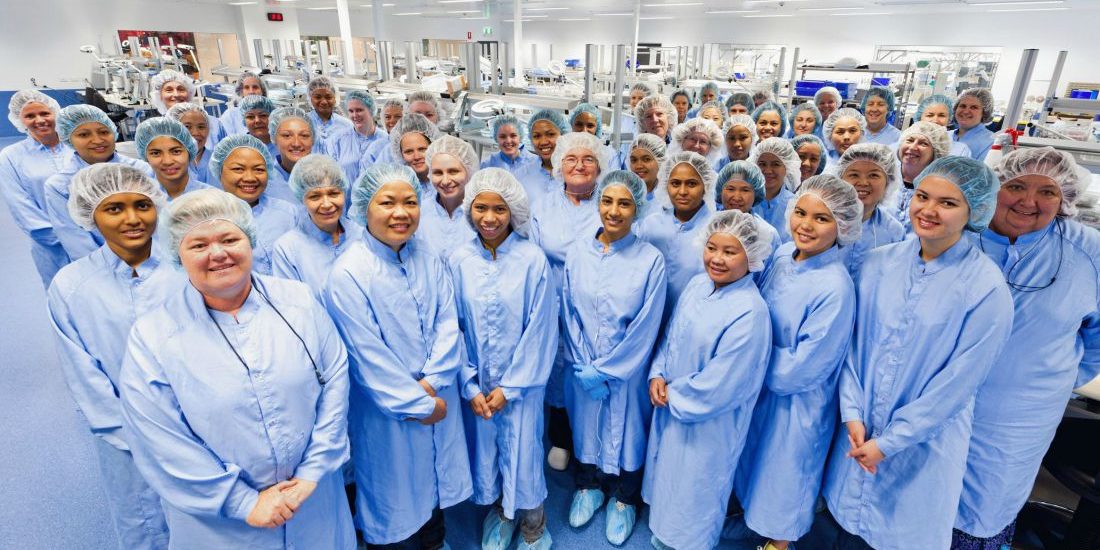 Cook Medical Australia is finalising its business plan for 2019, including recruitment of an extra six or seven workers a month to keep up with international orders for a key product range.

These devices help patients recover from aneurysms, and, along with Cook’s range of IVF products, are in increased demand. The company exported 94 per cent of what it made at its Brisbane site last year, totalling more than $150 million in value.

Cook’s growth has earned it many awards, including Queensland Exporter of the Year (Health and Biotechnology category) and the Lord Mayor’s Business Award for New Investment in Brisbane last month.

Cook announced in February that demand was such that it would need another 94 hands on deck, and an extra daily shift, to make enough endovascular stent grafts. Many of these are custom-made to suit a patient’s individual anatomy, and the task of hand-sewing requires dexterity and precision. About nine-tenths of the workers making these are female, and some have retrained after careers in the textile, clothing and footwear sector.

Total output of these stents averages between 1,100 and 1,200 a month, and the task is not one that can be tackled via automation. The company is doing everything it can to keep up, including continuous improvement initiatives, putting more leaders on the floor, and changing the way it structures training for newcomers, which takes around six months. 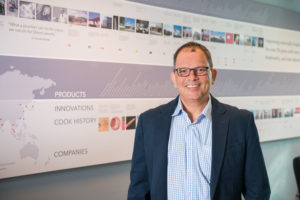 “We start training people on the easy or simplest stuff to start with, and we can get them up and running within about six weeks so they can be productive within six weeks,” General Manager Dr Samih Nabulsi tells @AuManufacturing.

“It still… takes them about the full six months to be proficient in all the products that we make. However, we’re getting people productive at a much earlier time… One of the challenges is that we are in medical devices, and we’re heavily regulated. Making changes is always not that easy, and you can’t just sort of turn around and say, ‘Oh, this is a better way of making a device. Let’s try it.’”

Retention of staff for stent production has also improved. About five years ago, between two to seven workers out of ten would stay, but this is now between 70 and 80 per cent, says Nabulsi.

Other efforts to keep up with demand include through the Australian Research Council Research Hub for Advanced Manufacturing of Medical Devices, which launched this year. One goal of the hub is to shrink the time taken to design and manufacture custom-made products, such as the stents.

Making IVF products is more automatable, and Cook recently purchased a robot through the ARC Hub to investigate ways to boost throughput.

For IVF needles, says Nabulsi, “That process lends itself a lot more to automation. And we already use… machines for grinding, and they have to be moved along at a production line that is in some cases manual. And we’re working with Bosch down in Melbourne, and they’re building some equipment for us that is going to help us automate that production line.”

With the last two years of the manufacturing industry’s expansion, more and more companies are struggling to keep up.

As the Australian Industry Group noted in March, “many manufacturers are now looking to employ more staff but are finding it difficult to find skilled workers for their locations or specialisations”.

Cook is also looking to find collaborative partners for Industry 4.0-style solutions, and to investigate where data can be collected and made useful for some of its more labour-intensive process.

They would not be alone in winding up a prosperous 2018, while at the same time planning to remedy talent shortages next year.