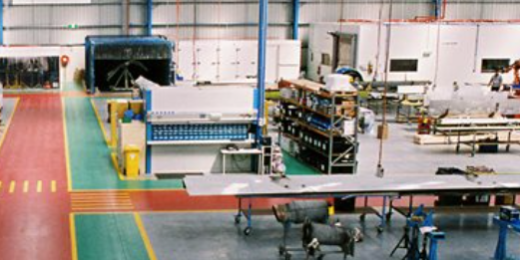 Aerospace giant Boeing has agreed to sell its Tullamarine, Melbourne maintenance, repair and overhaul operation to Sydney advanced composites manufacturer Quickstep as part of discussions the two companies are holding to develop a broader business relationship.

Quickstep will pay $2.64 million in cash to purchase Boeing Australia Component Repairs (BACR) which is equipped with extensive facilities to maintain, repair, overhaul, modify and manage a wide range of composite, bonded and conventional metal aircraft structures for both commercial and military operations.

Quickstep will also take on ‘certain’ BACR employees as well as customer contracts and inventories of the facility (pictured).

The facility has recently worked on projects including the F/A-18F Super Hornet, C-130J Hercules and CH-47 Chinooks.

Quickstep plans to widen the scope of work to include the F-35 Lighting joint strike fighter and other defence work.

Quickstep operates from its composites manufacturing base in the former Hawker de Havilland aircraft facility at Bankstown airport in Sydney, a factory previously owned by Boeing before it consolidated its operations to Melbourne.

Quickstep and Boeing also revealed the two companies were in discussions about a ‘broader, ongoing collaboration in both the military and commercial aerospace segments, covering new production and sustainment of existing aircraft types.’