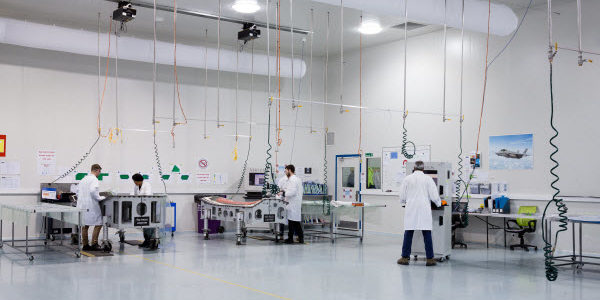 Aerospace composites manufacturer Quickstep has reported steady growth in sales for the first half of FY21 with sales up eight per cent to $41.5 million, the rise attributable to the company’s involvement in making tail sections for the F-35 Lightning jet fighter.

However the rising Australian dollar hit EBITDA margin as did the end of a payroll tax concession.

An increase in R&D spending on the company’s proprietary AeroQure composites production process was partly offset by lower corporate and business development spending.

Underlying profit before tax was $1.1 million, a 57 per cent rise from the previous corresponding period.

It was business as usual for Quickstep’s production contracts for the F-35 and the C-130J Hercules transport.

“Negotiations are at an advanced stage on the establishment of a long term business agreement between Quickstep and Boeing Defence Australia.”

Boeing is developing the Loyal Wingman autonomous jet fighter in Australia, though manufacturing details have not yet been revealed.