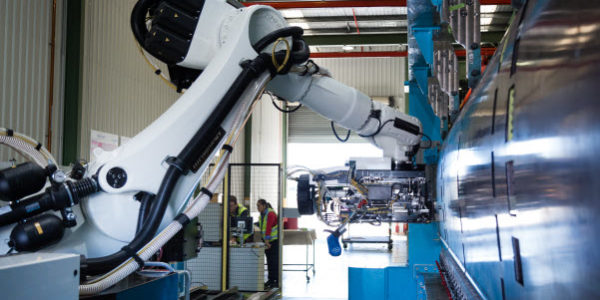 Appreciation of the US$ dampened the year on year growth, with an average US$/Au$ exchange rate of 67.2 cents rising to 74.8 cents in FY21.

Growth was driven by the company gaining a greater share of the global market for composite vertical tail components of the Lockheed Martin F-35 joint strike fighter, as well as to initial revenues from the company’s aerospace sustainment business.

Quickstep purchased a Tullamarine aerospace maintenance business from Boeing in February and renamed it Quickstep Aerospace Services. However the division has recorded small losses since its purchase.

The company will book an impairment charge of $2.8 million on the value of its new flare housing production facility as a result.

However Quickstep said its underlying base business profit, excluding the newly purchased aerospace business, was expected to increase materially in FY21. It did not provide a profit figure.

Quickstep achieved much tighter inventory control and cash management during the year.

Restructuring costs were $500,000 and $2.0 million net of grants of $300,000 was invested in new capabilities and to increase efficiency.