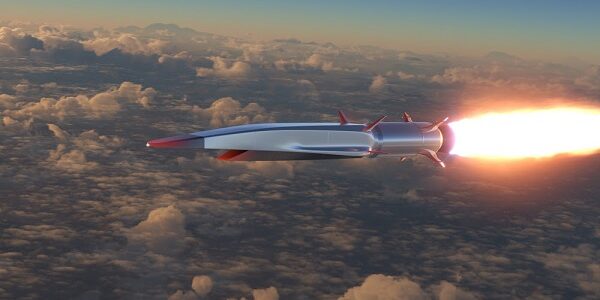 The company has begun a jointly funded project with the Department of Defence, through the Defence Science and Technology Group (DSTG) in collaboration with R&D group DMTC Ltd, to identify, analyse and test high materials capable of surviving the rigours of hypersonic travel.

During travel at greater than five times the speed of sound, aerostructures undergo high heat loads.

The project, named Hype-X, will initially focus on the applicability of existing high-temperature materials for the manufacture of hypersonic aerostructures, then move on to develop novel materials and manufacturing processes to fill capability gaps.

Under the project, Quickstep will obtain commercialisation rights to any newly developed intellectual property (IP), with the IP ownership ‘retained beneficially for Australia’s sovereign defence capability by DMTC Ltd’, according to an announcement by Quickstep.

The project will also involve technical experts from the University of NSW (UNSW), specialising in the field of hypersonics.

Quickstep CEO Mark Burgess said: “Quickstep is well known for its advanced composite aircraft structures and has a long history of developing and commercialising advanced composites processes and technologies in new applications.

“Innovation is at the core of Quickstep, and the Hype-X partnership positions the Company in the development of sovereign hypersonic aerostructures and will further diversify and grow our business over the long term.”

The partnership comes as the United States continues to struggle in its development of hypersonic weapons.

The Pentagon said two days ago a test flight in Hawaii failed as a result of a problem that took place after ignition.

Australia has built up considerable experience testing hypersonic vehicles, with a number of universities and companies involved in developing materials and hypersonic engines and control systems.

DMTC CEO Dr Mark Hodge said his organisation’s leadership in applying science and technology to safeguard Australia and its national interests was part of a growing relationship with defence.

Dr Hodge said: “I’m delighted that DMTC’s relationship with DSTG continues to grow and to have this opportunity to collaborate with Quickstep, an Australian company with a deep history of developing aerospace composites, and with UNSW.

“We are bringing expertise from across the nation’s leading aerospace R&D organisations to the fore in the development of hypersonic materials, which has far-reaching and important defence and national security applications.”