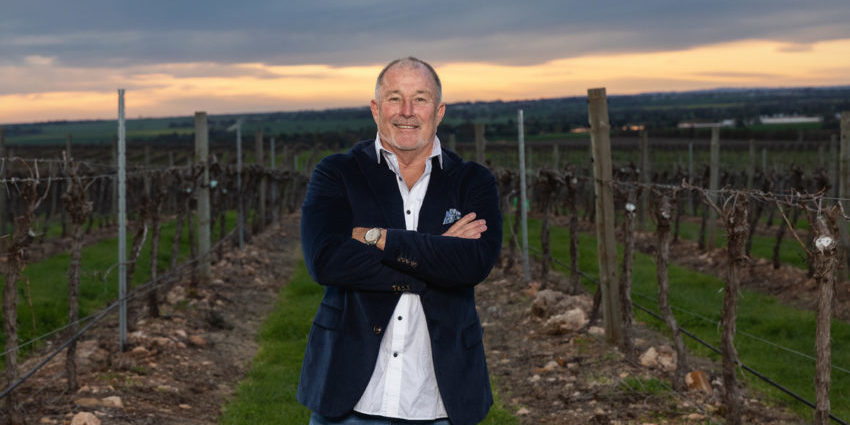 Wine baron Warren Randall has purchased his first vineyard in Australia’s largest grape growing region, the latest target in a string of acquisitions aimed to fuel his booming Chinese sales.

The Randall Wine Group has acquired a 310-hectare property in South Australia’s Riverland region, which includes 86ha under vine. The company plans to soon plant additional vineyards on the site.

The purchase takes the Randall Wine Group’s holdings to more than 3300ha in South Australia, which it says makes it “the largest private, luxury vineyard holder” in Australia’s leading wine state.

The 60-year-old Glen Devlin vineyard in the Riverland is approximately 10km upstream from the town of Waikerie and, like most of RWG’s holdings, is principally planted to the red varieties Shiraz and Cabernet Sauvignon.

South Australia is consistently responsible for about 50 per cent of Australia’s annual production and 80 per cent of its premium wine.

The Riverland, in the east of the state near the banks of the River Murray, is the nation’s largest grape producing region, contributing about a quarter of Australia’s annual crush.

RWG’s aggressive vineyard buy-up is targeted at boosting supply to the booming Chinese market. Its flagship winery Seppelstfield also opened a wine chateau in China in 2017 in a joint venture with Minquan Jiuding Wine Company Ltd. It is the first Chinese chateau to have a part ownership stake by an Australian winemaker.

RWG Executive Chairman and Proprietor Warren Randall said the Riverland vineyard was acquired to supply the “One Pound Per Acre” brand, one of the fastest growing Australian wine brands in China, with a distribution agreement servicing 12,000 fine wine retailers initially, with the potential to grow to 140,000 across the next five years.

He said it was the first time the company had invested in South Australia’s Riverland and the first time it had bought a vineyard to supply a specific brand.

“All other acquisitions over the last 27 years have been to supply luxury bulk wine supply contracts,” he said.

Randall began his wine career as a cellar hand in the late 1970s before becoming Australia’s leading sparkling winemaker in the 1980s. He teamed up with two partners to buy his first winery – Tinlins in McLaren Vale – in 1994 and purchased his first 50 per cent stake in Seppeltsfield in 2008.

But it is in the past five years that RWG’s growth has spiked, driven by the Chinese wine boom.

In the 12 months to June 2019, Australian wine exports to China (including Hong Kong and Macau) reached a financial year record, increasing 7 per cent in value to $1.2 billion.

And Randall doesn’t see any slowdown in the boom happening anytime soon.

He told the Australian Wine Industry Technical Conference in Adelaide in July that continued growth in Australian volumes to China of 25 per cent a year would result in sales of 820 million litres a year by 2025 – outstripping Australia’s current exports to all countries.

“These numbers can be numbing but they must be comprehended to understand the magnitude of the market before us,” Randall told the conference.