Rio’s HiSmelt and WA’s iron ore – the value adding opportunity that silpped through our grasp. 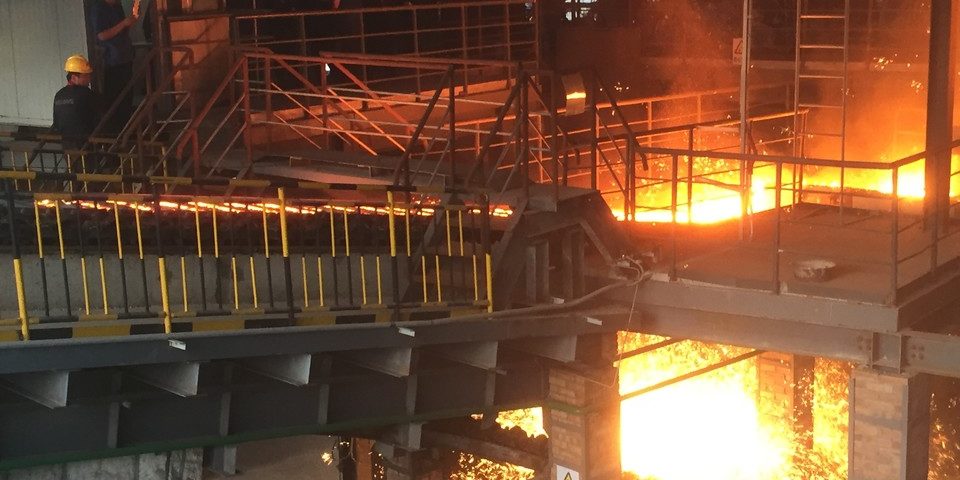 This is a rare photograph of Rio Tinto’s HiSmelt direct reduction steel making plant in ShanDong province, China. But really it should be in Australia.

Rio’s Roy Luo Yuhua posted the picture to celebrate 157 days continual running of the plant with an average hot metal production of more than 55,000 tons per month
Direct reduction makes steel in a single vessel – there is no separate coke making process and blast furnace.

This idea showed so much promise that Rio spent $1 billion building a pilot plant at Kwinana in WA, only to demolish the thing.

China President Jintao visited Kwinana in 2007 and now there is a new plant there.
Rio and other Australian mining giants have a dismal record in value-adding.

There was BHP Billiton’s HBI plant at Port Hedland and its blast furnace and steel rolling mill at Kwinana, and two Pilbara iron pellet plants.

A cynic might think they didn’t try very hard, preferring Australia as the quarry. Why value-add here creating skills, jobs, massive economic spin offs for Australia when you can exploit our resources to others nations’ benefit?