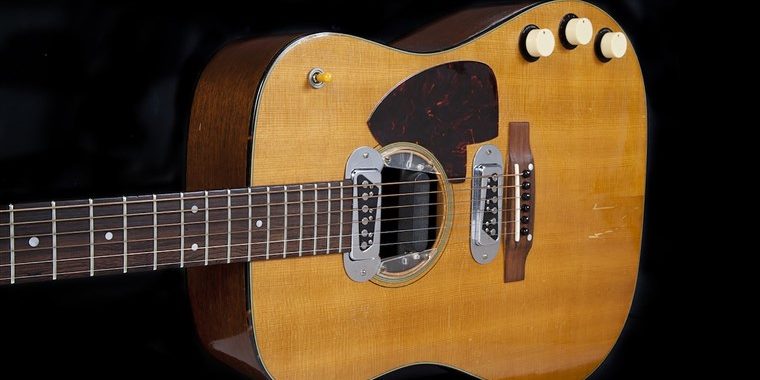 The founder of Sydney audio technology manufacturer Rode Microphones has bought the world’s most expensive guitar at an auction in Los Angeles, paying nearly $A9 million for an instrument owned by musician Kurt Cobain.

AAP reports that the 1959 Martin D-18E acoustic guitar was played by Cobain, who fronted rock band Nirvana, during the group’s MTV Unplugged In New York performance in 1993. Cobain died the following year, aged 27.

Rode chairman Peter Freedman, the guitar’s new owner, told The Sydney Morning Herald that he will bring the instrument to Sydney, Melbourne and Perth in mid-August, to draw attention to a lack of federal government support for Australian artists during the Covid-19 pandemic.

“Writing a letter, it’s not going to work. But I can make it work,” Freedman told the SMH.

“If you do this sort of move — I’ve got the attention of the entire world now, probably a few hundred million people.”

The two-day auction was held by Julien’s Auctions in Beverly Hills, with the guitar one of more than 800 pieces of music memorabilia. The auction price surpassed the previous record of $A5.8 million paid last year for a Fender Stratocaster owned by Pink Floyd’s David Gilmour.

Rode exports to 117 countries and manufactures at Silverwater in Western Sydney.