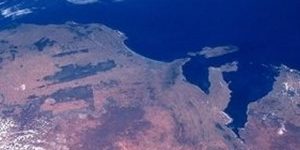 The South Australian Government has declared a rocket launch site proposed for the lower Eyre Peninsula to be a state significant project.

The declaration boosts the hopes of Southern Launch, which is developing the Whalers Way launch site on the coast near Port Lincoln.

Suited to launching polar satellites south over the ocean, the site would complement equatorial satellite launch sites being developed in Queensland and the Northern Territory.

The approval was reported in a story in the local Port Lincoln Times newspaper.

“Southern Launch believes the step to major project status says something about South Australia’s preparedness to engage in futuristic industries and the exciting opportunities they will bring.”

Micro and small-lift rocket manufacturers would be able to launch satellites into polar orbit from the launch facility.