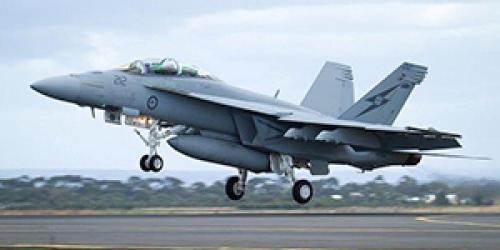 For a rather small, specialised company such as Levett Engineering to be awarded Exporter of the Year at the Business SA 2018 Export Awards speaks volumes about the quality of work this aircraft component manufacturer delivers.

However, founder and CEO Paul Levett believes it says more about the company’s organisation structure and workforce ability.

“Making the part is the easy bit for a manufacturer,” says Paul. “The quality and efficiency of your project management is the essential criteria that customers are examining, and your ability and capability to meet demand in good time is the key.”

From its base in Elizabeth South, Levett Engineering now derives 90% of its revenue from exports, with key customers including Lockheed Martin, Boeing and Gulfstream already having some contract orders in place until 2027.

“What we have done is a very big symbol of what’s possible on the world stage from being based in South Australia,” says Paul.

It has been a steady rise since the company began in 1989, when Paul, a fitter and turner who had worked in defence, started manufacturing customised components from his backyard garage.

After 18 months, he took on his first employee, and two years later the expanded operation relocated to an Elizabeth West shed, which they outgrew and moved to their current site on Philip Highway in 2004.

In those days, a dark cloud hung over the future of manufacturing in SA, with hard questions asked about whether locally made goods could be cost competitive in a global marketplace.

Levett Engineering was smart and nimble enough to specialise in specific components that required high expertise and precision, rather than generalise in manufacturing.

Paul took a different tack by searching out gaps in local supply chains that could lead to global opportunities.

“For our business to thrive we had to look far beyond what all the other small part manufacturers in Australia were already providing – far outside of the automotive industry, and outside of Australia. We had to look where no-one else was going, to cut our own path,” he says.

Paul flew to the US as part of a trade mission in 2003, in the wake of the Australian Government’s 2002 Free Trade Agreement with the US, and began pitching for work in the aeronautical and defence industries, although the process tested his patience and persistence.

“It took five years of courting to keep showing what we are capable of. We had to prove ourselves, especially about how well we were managed, to build trust for us to obtain those crucial orders.”

By 2007, they had been awarded their first small contract, and soon won favour for their reliability. Levett remains the only Australian business producing machine components for the F135 Jet Engine, developed by US aerospace manufacturer Pratt & Whitney, and used in Lockheed Martin’s F-35 Lightning II.

“We make components from an aircraft’s nose to its tail, including airframe and jet engine components, electronic enclosures, and vacuum brazed assemblies,” Paul explains.

The credibility attached to such a prestigious contract has enabled the company’s output to expand, covering many international defence, aerospace, medical, electronics and commercial engineering sectors.

Such progress has occurred through the company proving the efficiency of its component delivery. For one particular aeroplane part, Levett Engineering was initially contracted to provide only 30% of the order, while the remainder was locked up by a long-time US firm.

That has now reversed, with Levett being the majority provider due to its ability to meet order deadlines with maximum efficiency, and prove it has the facility to provide even more.

In December 2018, the company purchased new Japanese equipment at a cost of $2 million that will increase production, enabling a 40% reduction in product delivery times to its suppliers this year.

Growth continues, with the workforce recently doubling in size to 60 people, working through three shifts across six days a week, on the back of 40% revenue growth for the past two years.

Manufacturing is now spread across two sites – at its original Philip Highway shed, and adding a new location 18 months ago, across the road at Lionsgate, the former Holden automotive factory in Elizabeth.

Paul can envisage moving all operations into a larger space within the Lionsgate complex, as Levett Engineering’s status as a Tier 1 Supplier to the world’s largest defence company is generating even more contract discussions with leading aeroplane companies.

“The extent of global supply chain needed to keep feeding the demand for elite plane building is staggering – and we are now positioned right at the very heart of that business,” says Paul.

“It has been a lot of hard work to reach this point, but our success on the international stage proves that manufacturing is far from dead in SA.”