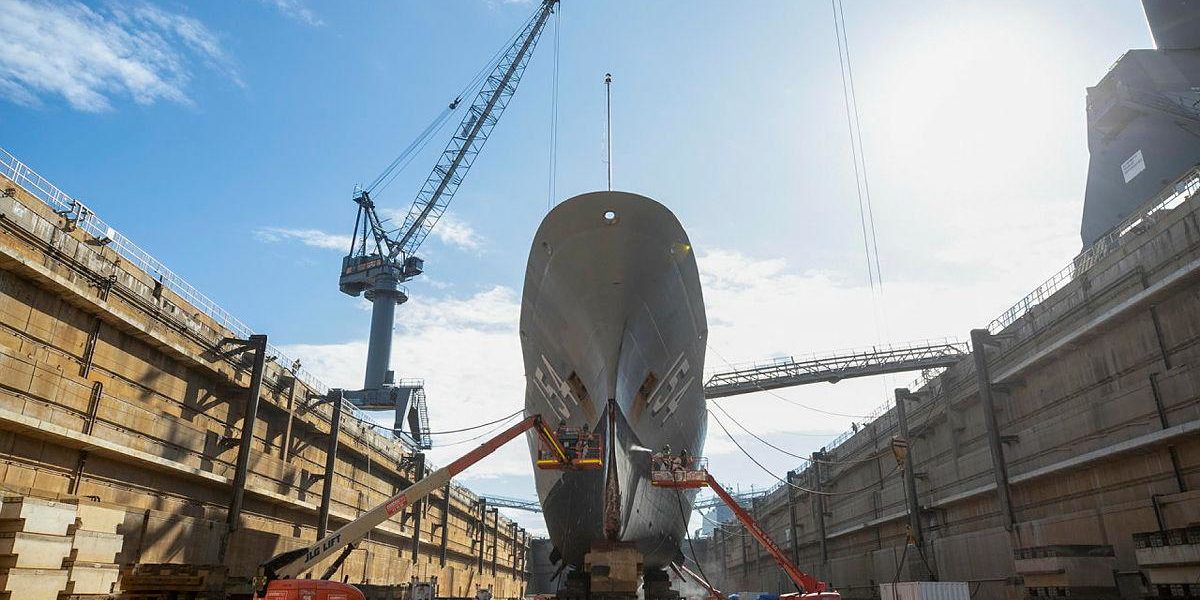 The Department of Defence is canvassing views on the future management of the Captain Cook graving dock at the Garden Island Defence Precinct in Sydney – a move which could see French-owned Thales dumped as facility manager.

Thales has had responsibility for ongoing operations and services of the dock and facilities at Garden Island Naval base since 1999 with any move to dump Thales sure to raise the ire of France which is embroiled in a bitter dispute with Prime Minister Morrison.

This is especially so as Thales has consistently invested in improvements and upgrades to the Garden Island Naval Dockyard including the introduction of the 65-ton capacity fixed dock side crane, electricity sub-stations and dry dock civil infrastructure.

With controversy raging over Morrison’s sudden cancellation of a $90 billion contract with French-owned Naval Group to build submarines in Adelaide, the announcement of a Request for Information on the dock’s future would seem to be particularly poorly, even provocatively, timed.

Amazingly a media release announcing the move hit journalists’ inboxes even as France’s ambassador to Australia Jean-Pierre Thébault was speaking to the National Press Club, where he condemned the Australian government over its handling of the Aukus nuclear submarine deal, declaring it had treated France in a deliberately deceitful manner and that “alarm bells should have rung on the likely consequences”.

Head Maritime Systems at the Department of Defence, Rear Admiral Wendy Malcolm today released the request to Australian industry as part of a ‘full appraisal of the operation and support arrangements for the dock’.

RADM Malcolm said: “As we plan for an evolving regional landscape and implement Plan Galileo – our national approach to sustaining our Navy’s existing and future capabilities – it is appropriate to review the management of critical Defence assets such as the Captain Cook graving dock.”

“Australian industry has an important role to play in ensuring we develop optimal future arrangements.”

The Request for Information has been released via AusTender and industry has three weeks to respond.

The government said themes that emerge from the Request for Information, along with other considerations, will inform the future procurement strategy.

The current operations and support contract for the dock is due to expire in May 2024.

The dock was constructed during World War 2 with first ship to use the 347m dry dock the 225m aircraft carrier HMS Illustrious.

Resembling a giant bath tub, the dry dock is the last remaining facility in Australia capable of docking ships that have a displacement of more than 12,000 tonnes, and its importance is highlighted in the 2020 Force Structure Plan.