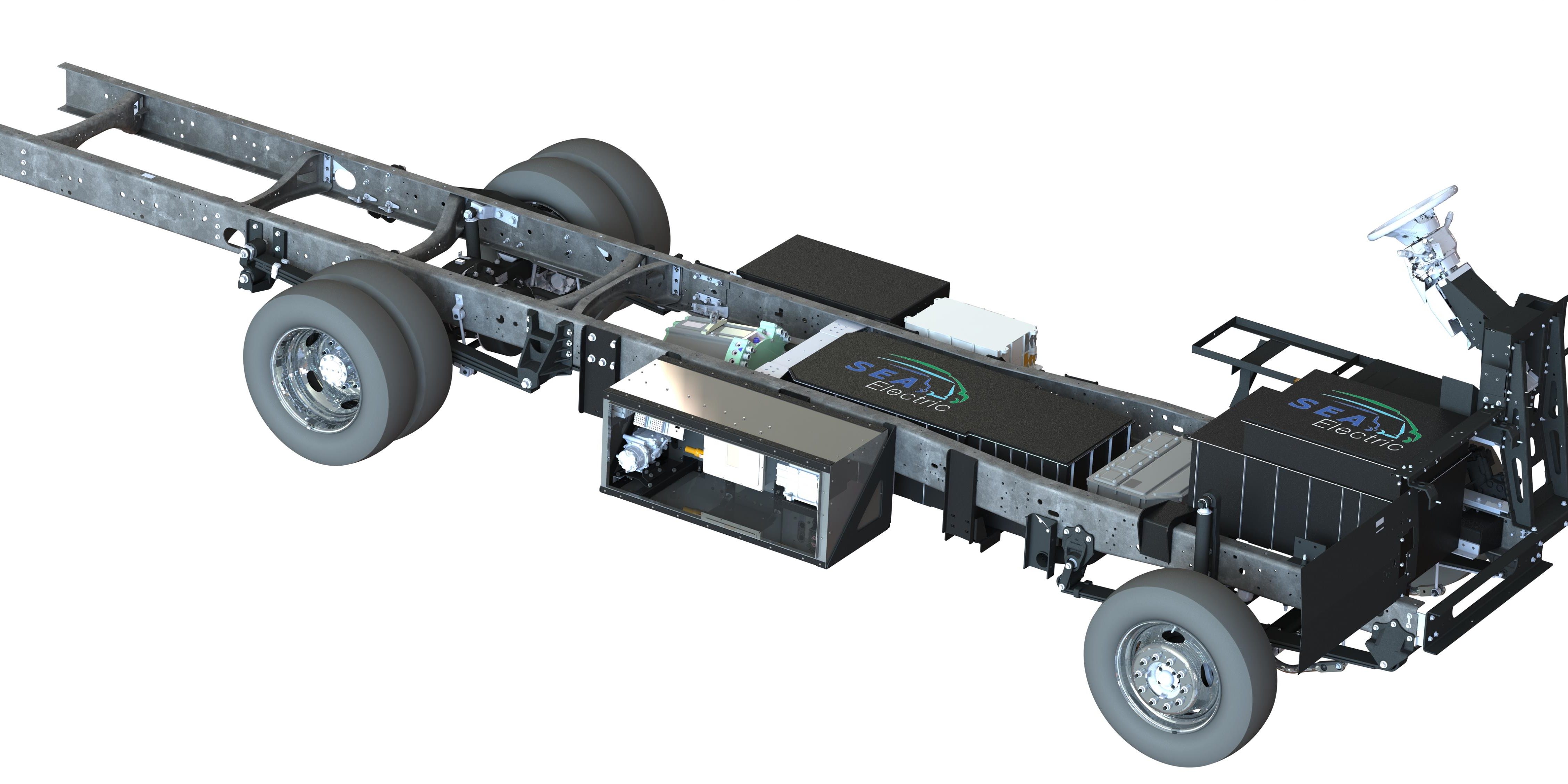 The company announced it would show two trucks at the ‘Work Truck Show’ in Indianapolis and California’s ‘Advanced Clean Transportation Expo’ in the next two months.

The two trucks are nearing completion mounted with SEA Technology battery and drive systems in the United Stes.

The first, a stripped Ford F-59 chassis, is being built at a Ford assembly plant in Detroit, while the second, an Isuzu NRR with a Pantech body, is being assembled at a third-party plant.

SEA Electric Group Managing Director, Tony Fairweather said a presence in the United States was a logical step forward for the company.

The company has appointed its first North American employees to guide development.

Fairweather said: “We see a lot of opportunities in the United States.

“It is an extremely large commercial vehicle market with a strong interest in sustainability….(and) an important part of our growth plans.”

Following showing, the vehicles will enter work trials with major US fleet operators. A Ford Transit van is also being prepared for trial.

Fairweather said: ““Operators can expect a payback period of less than four years on their SEA-Drive powered truck or van.

“At the end of the working day, these vehicles are conveniently charged overnight and ready to go again the next morning.”

SEA is based at a factory in Melbourne, and is planning a large scale truck asssembly operation in Victoria’s La Trobe Valley.