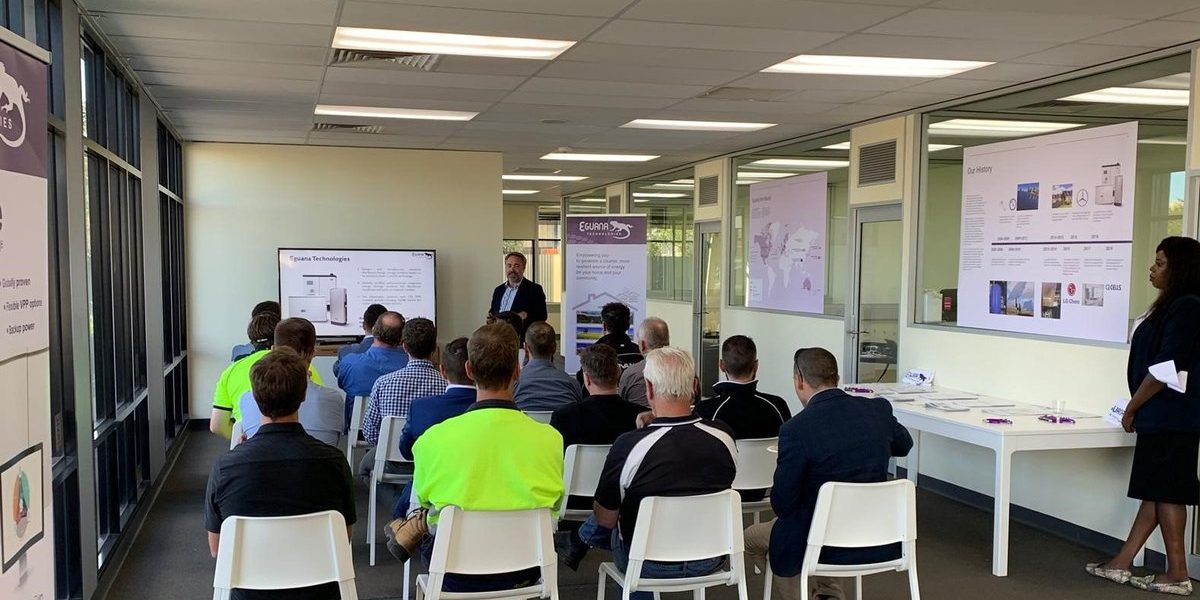 Holland tweeted about the opening, posting posting a photograph of founder Brent Harris in Adelaide taking partners through the features of the Eguana Evolve system as part of training.

Holland said: “The Eguana Evolve will be manufactured in Adelaide for Australian consumers.

Eguana has also partnered with energy control experts, SwitchDin LLC of Newcastle to provide the EMS controls and monitoring for the Evolve system.

The company secured $1.5 million in orders in only 10 days after the announcement that it would join the state’s home battery storage scheme which will equip 40,000 homes with solar plus battery storage systems.

Eguana joins Shell-owned sonnen which has begun manufacturing 10,000 battery systems a year at the former Holden assembly plant, and Alpha-ESS, whose systems will initially be manufactured in partnership with Minda Disability Support Services, later moving to a dedicated facility.

In its quarterly update to December 31, Eguana said it has increased its Australian distribution channel partners to eleven, hired a sales and technical sales team, and shipped initial products.