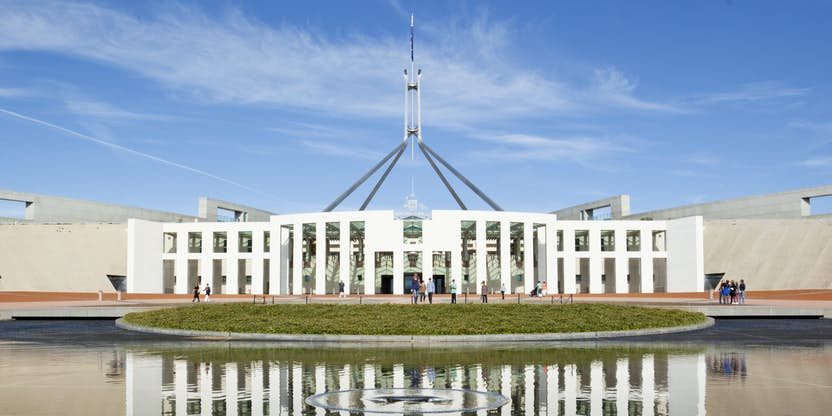 The federal Opposition has backed the creation of a manufacturing industry fund, regular reviews of R&D incentives, as well as changes to procurement rules to encourage the development of sovereign capability in a Senate report which sets the manufacturing battle lines for the upcoming election.

Manufacturing and Australia’s sovereign capability in the sector is shaping as a key election issue, and the report sets the ground for this fight.

The majority report calls for strong new measures to support local manufacturing, including improvements to research and development incentives, a Manufacturing Industry Fund – something Labor has already pledged to create – a taskforce to increase superannuation investment in manufacturing and adjustments to procurement to encourage more government support for local firms.

These recommendations were soundly rejected by the government in dissenting comments to the report, with Coalition senators accusing Labor of pushing for a “government-driven interventionist approach in the manufacturing sector”.

Opposition Leader Anthony Albanese last month placed manufacturing at the heart of Labor’s election pitch, while the government has also centred its support for sovereign capability and manufacturing as key to its election changes.

In the report, Labor brushes aside the government’s policies in the space, including the $1.5 billion Modern Manufacturing Strategy, which it says several submitters were disappointed in.

Instead, the Opposition is pushing for more active governance in the space, with a focus on procurement, R&D and direct investments in businesses in partnership with the private sector.

The manufacturing inquiry was launched late last year by the Opposition, as the sector took centre stage in Australia’s economic recovery from the Covid-19 pandemic, which also shone a spotlight on vulnerabilities in local supply chains.

The Labor-led Committee said that current government policies are “failing to sustain and support the growth of manufacturing in Australia”, with the single biggest issue having arisen from the pandemic being the impact of a limited domestic manufacturing capability.

The flagship recommendation from the report is for the establishment of a Manufacturing Industry Fund, offering a range of co-investment incentives to the manufacturing industry in partnership with the private sector.

This matches an existing election commitment from Labor for a $15 billion National Reconstruction Fund.

The committee has also called for a Superannuation Task Force to “explore, develop and recommend structural changes and possible incentive-based programs and regulations to increase the level of Australian superannuation fund investment in manufacturing industries”.

Research and development (R&D) is also a central concern in the report, with the Committee saying that there is a “lack of an integrated, national approach to R&D funding, and insufficient levels of investment”, with a more integrated approach needed.

The Labor-led Committee has recommended a periodic review of R&D, commercialisation and investment incentives and tax arrangements to ensure they “facilitate the growth of Australia’s manufacturing industry and investment”.

This review will cover the range of activities covered by mechanisms such as the R&D tax incentive, ensuring that incentives and arrangements in place encourage the development of “self-sustaining manufacturing ecosystems”, the minimisation of administrative overheads and any further mechanisms to improve these things.

The government should also consider significant increases to manufacturing R&D and commercialisation support, through expanded investment in the Industry Growth Centres and Cooperative Research Centres, a Research Translation Fund and an export working group.

In a dissenting report, Coalition members of the committee said the recommendations provided “insufficient recognition” of existing initiatives to support local R&D.

“In our view, the government’s policies have been effective in promoting the development of Australia’s manufacturing industry. We are concerned that a material step up in government intervention and regulation will be counter-productive, will not achieve the desired results and will impose a cost upon all Australian taxpayers without the commensurate benefits,” the government Senators said.

Significant reform is also needed to improve procurement and ensure that it encourages the development of local manufacturing industries, the report found.

Among the recommendations are for government tenders to preference bidders who have sustainable supply chains that maximise the use of local businesses, and for the Commonwealth Procurement Rules to be reviewed for possible amendments to support the development of domestic manufacturing capabilities and employment.

The Labor Senators also called for the establishment of a Cooperative Research Centre for Sustainable Manufacturing, various policies to address the skills gap in the sector and the fast-tracking of planned VET reforms.

In the dissenting report, the participating government Senators panned the recommendations, labelling the overall strategy of Labor as a “government-driven interventionist approach in the manufacturing sector”.

“Such policies have not worked in the past and there is no evidence to suggest that they will work in the future. The danger is that they will distort the market and cause more harm than good,” the dissenting report said.

Labor’s policies would signal a “step change” in government intervention and expenditure to the manufacturing sector, the government said, with the dissenting report pointing to existing policies such as the Modern Manufacturing Strategy.

In further comments to the report, independent Senator Rex Patrick called for Australia to “stop just exporting our rocks”.