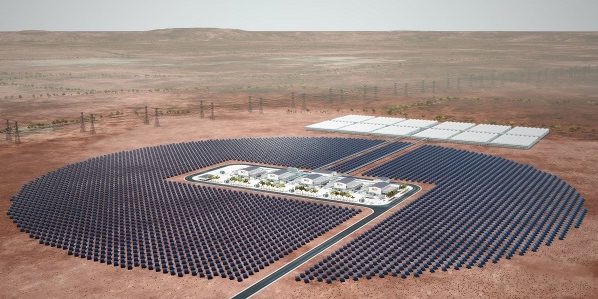 The giant Silicon Aurora renewable energy park planned for the upper Spencer Gulf area of South Australia may yet live to emerge as a showcase of cutting edge Australian solar generation and energy storage technologies.

The delayed, then sold off, then cut in size and scope project to a Stage 1, 140MW battery project got a fillip with owner 1414 degrees executing agreements with Vast Solar to create a joint venture through the sale of 50 percent of the shares in Silicon Aurora Pty Ltd for $2.5 million.

The parties, two highly innovative Australian technology companies, intend to develop Aurora, as they called the project in a media release.

1414 Degrees said: “This transaction is an extremely positive step forward for the project as we continue to bring it towards potential commercialisation and a final investment decision next year.”

The project was originally conceived as a solar PV farm and a concentrated solar thermal plant (CST) where energy is stored in molten silicon – 1414 degrees is the melting point of silicon with the company owning that technology.

However following change of owners the Port Augusta project became a traditional solar PV and battery storage proposal, and at a smaller scale than originally planned.

However 1414 Degrees will retain the right to construct a pilot of the Sibox energy storage technology at Aurora in the future if it wishes.

The company is developing a Sibox demonstration module in conjunction with Woodside the Silicon based Thermal Energy Storage System to be shown in Adelaide early next year.

So the two companies will now ‘optimise the site for the potential to showcase our respective renewable energy technologies’.

Entities associated with the owners of Vast Solar will also be granted call Options in up to nine percent of the shares in 1414 degrees with a strike price of $0.16/share.

While this is being sorted out 1414 Degrees will continue to accelerate the connection approval process for Stage 1 of Aurora as announced to shareholders on 11 May, the costs of which will now be shared with Vast Solar.