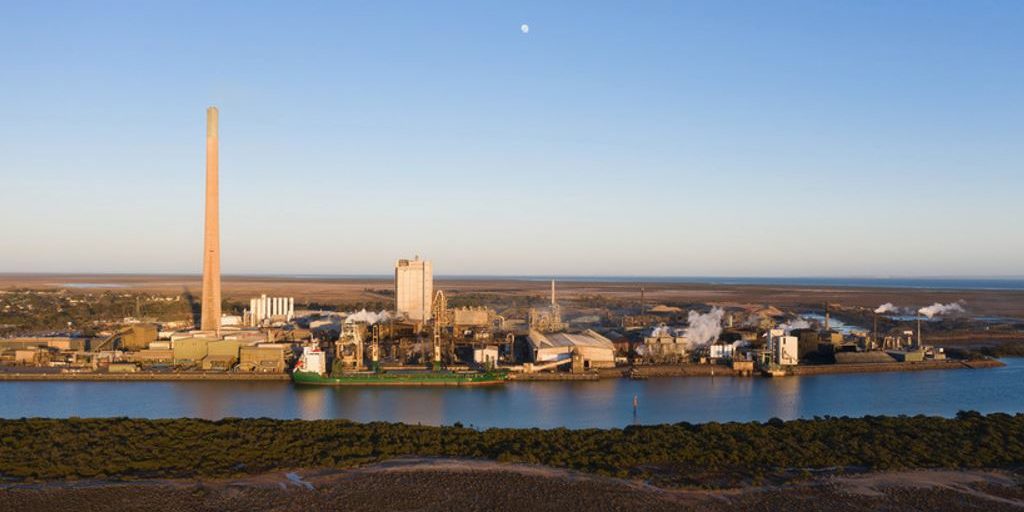 Nystrar’s big silver, lead and zinc refinery at Port Pirie in South Australia is planning to go green with news that the company and the state are funding a $5 million front end engineering and design study for as $750 million green hydrogen electrolyser to power the plant.

The plant, which was set up in 1889 to process Broken Hill ores, recently received a $350 million technology overhaul by ultimate owner Trafigura Group Pte. Ltd., and is only the latest in a long line of processing industries protecting their future with green power.

While Canberra dithers with unambitious decarbonisation plans, the resources sector is acting and acting fast.

In steel making, Sanjeev Gupta’s GFG Alliance has kick started work on plans for a massive, world-scale Greensteel transformation at its Whyalla steelworks, including the use of direct reduced iron (DRI) technology and green hydrogen to make low carbon steel.

The other primary steel maker BlueScope has also accelerated plans for green power at its Port Kembla steelworks after talking of a timeframe of more than a decade as recently as last year.

And the minerals supply chain in mining is also on the move – in the iron ore sector both Rio and Fortescue Metals have massively ramped up their green power plans, sourcing green electricity and converting trains, trucks and ships from battery systems.

In Port Pirie the hope is a final investment decision can be made by the end of next year, with construction starting in 2023.

The Project would be developed in a phased manner, initially producing 20 tonnes per day (tpd) of green hydrogen for export in the form of green ammonia.

The full-scale plant will produce 100tpd of green hydrogen at full capacity from a 440MW electrolyser, enabling it to meet both export and domestic supply needs.

The oxygen created in the production of hydrogen would be utilised by the Nyrstar Port Pirie smelter.

Nyrstar’s Vice-President Australian Operations, Dale Webb, said that the Port Pirie Green Hydrogen Project would enable its business to take a significant step in improving its competitiveness in the international market for zinc, lead and other metals that it produces from its interconnected Port Pirie and Hobart smelters.

“As a leading multi-metals manufacturer, producing and recycling vital metals required for the energy transition, Nyrstar Australia needs to remain competitive on the global stage, on cost and in terms of carbon intensity.

“The Port Pirie Green Hydrogen Project will meet this challenge head on by delivering renewable energy and oxygen to prove that we can decarbonise a heavy industrial facility and at the same time ensure more efficient and cost-effective production of low carbon metals for the world.

“This will create a positive differentiator for our products with international customers, and help underpin a stronger, more secure, more sustainable future for Nyrstar Australia.”