Pick a developed economy. Chances are the manufacturing sector’s share of GDP has declined over the last couple of decades, for reasons that are pretty well understood.

Attitudes towards the overall trend vary. Some accept it as a fact of life: you develop to a certain point, overall growth becomes dominated by services, manufacturing contributes a declining share.

This is not the case in Singapore, a 5.6 million-person, S$491 billion ($529 million) economy, and one of the world’s richest per capita. The nation’s Committee on the Future Economy decided in 2017 that manufacturing’s GDP contribution should stay above 20 per cent, and adopting new technologies be a focus to lift productivity.

“There’s a hard line that manufacturing must account for 20 per cent of GDP,” says Douglas Foo, the founder and chairman of Sakae Holdings and President since 2014 of the Singapore Manufacturing Federation. His organisation dates back to 1932, and runs various programs to help members lift their competitiveness and to internationalise.

“And during that whole journey [since 1932] there have been many times when Singapore has had a conversation on… whether manufacturing is still relevant,” he adds.

The sector accounts for 13 per cent of the total workforce. A wealthy nation with few natural resources, its strength is in high-value, sophisticated products, such as pharmaceuticals, medical devices and aerospace. Producing gene sequencing machines and Rolls-Royce jet engines makes sense here. Tchotchkes are best made in lower-wage destinations. It ranks fourth in the world for exports of high-tech goods.

Though there is a large number of multinationals headquartered or operating in Singapore, about nine-tenths of its manufacturing businesses are SMEs (like Australia, classed as a firm of under 200 employees.) says Foo. His group’s membership is over 3,000 companies.

Levels of appreciation for digital adoption vary, but he believes that change is underway among the SME cohort. 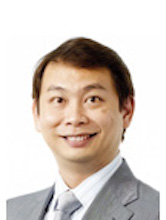 As with the rest of the world, Singapore’s and the region’s manufacturing sector is in the throes of revolution.  is a highly popular topic, and this year the Hannover Messe event, the second Industrial Transformation Asia-Pacific (ITAP) conference, is expected to attract 15,000 visitors and 350 companies from 30 countries.

According to McKinsey, the ASEAN manufacturing sector stands to reap between S$200 million ($215 million) and S$ 600 million ($644.5 million) in economic impact annually by 2025 through digitally-driven productivity gains.

The region of 600 million is growing as a hub for both consumption and production, says Foo, and is expected to go from the world’s fifth-biggest to fourth-biggest economy by 2030. The differing levels of industrial sophistication across its countries is a competitive advantage as well, he believes.

The future is about adopting technologies that can make a business flexible enough to produce batches of one. The high-volume/low-value game has worked for developing economies in the past, but that peters out. Foo believes all customers will eventually demand custom-made offerings.

“That game [of exploiting cheap labour and production] can only be played for a while, because you keep on going through the low-cost countries, [and you run out]” he says.

“So the world will go there, and that can only be possible because of digitalisation, data and optimisation.” 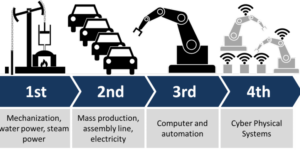 The future also requires a pipeline of skilled workers, and a discussion has been under way for about a decade on how to change the industry’s image among young people. He believes it’s getting through, and that a newer definition – with less emphasis on production and raw labour and more emphasis on digital collaboration on projects throughout a product’s lifecycle – is starting to be understood. The similarities with video games and social media communications will eventually become clear to everybody.

“SMF is an 87-year-old organisation. We are not about to go out there and say, ‘Look guys, this is the new definition. So please, we are redefining it,’” Foo explains of the approach to making manufacturing “sexy.”

“We’ve got to co-create together. So that’s why we have a conversation.”

Singapore’s manufacturing sector has taken a recent hit from the US-China trade beef. August Economic Development Board figures showed year-on-year output down 8 per cent. Electronics slumped 24.4 per cent in the period, and precision engineering was down 13.6 per cent.

Foo remains sanguine about the future. Non-stop growth isn’t possible. As long as things are positive over the long-term, then that’s what matters. That and the spread of digitally-driven transformation through the sector. And, of course, protecting that 20 per cent figure.

“You can’t be a happy man every day. There are days that are not so happy, but so what?” he offers, though adds companies are having to adjust their supply chains.

“You know your happy day will come. If you start to [focus] on the blips, it’s going to be very difficult.”

@AuManufacturing travelled to Singapore as a guest of SingEx Exhibitions.