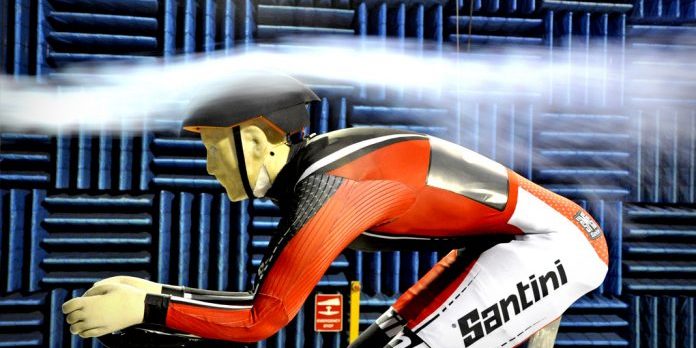 A Deakin University engineering researcher has developed a prototype smart helmet, which he believes could provide a competitive edge in races such as the Tour de France.

School of Engineering research fellow Dr James Novak has made the final ten with the “Dynaero” helmet in the Smart Product category of Reshape19, a wearable technology competition in Barcelona this week. The winner will be announced on October 31.

His nylon helmet prototype is 3D printed using selective laser sintering, and is able to automatically adjust ventilation. It can automatically respond to temperature, speed, and other race conditions.

“It features an Arduino Uno, Bluetooth sensor, micro servo and a custom-built mobile phone application that uses a built-in accelerometer to determine speed, controlling the opening of the vents,” he said in a statement.

“Future versions of the helmet will also be connected to a range of cycling and wearable sensors.”

Novak estimated a 3.7 per cent performance in aerodynamic performance based on the helmet, which could shut ventilation during a fast downhill descent, for example.

“In races like the Tour de France, where each stage lasts four to six hours, helmets have to strike a balance between aerodynamic performance and ventilation; they are not optimised for either extreme,” he said.

“When aerodynamics are less critical, such as during slow hill climbs, the vents open to increase airflow and keep the cyclist cool.”