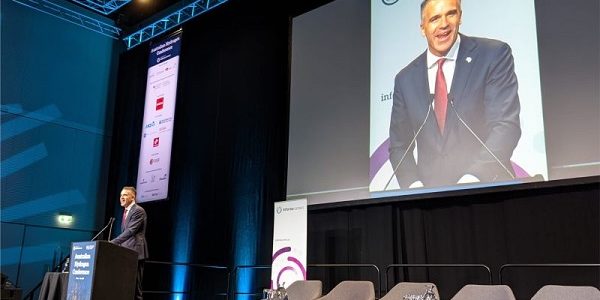 The South Australian government has moved on its promised construction of the country’s first green hydrogen powered electricity generation station, part of its Hydrogen Jobs Plan promised before the recent state election.

Premier Peter Malinauskas announced the opening of a Hydrogen Jobs Plan Market Sounding and the introduction of legislation on hydrogen production, storage and transportation, at the Australian Hydrogen Conference in Adelaide.

He told the conference: “The 19th Century was about gold from Victoria, the 20th was about coal from NSW and Queensland and gas and iron from WA. The 21st will be about hydrogen from South Australia.”

The purpose of the Hydrogen Jobs Plan Market Sounding is to seek input from local, national and international organisations to provide technology and commercial approaches to help shape the delivery of a hydrogen production facility near Whyalla in state’s mid-north.

The Hydrogen Jobs Plan Market Sounding tender issued by the state department for energy and mining may be viewed here.

Whyalla is the planned site for major federally backed hub for green hydrogen from reneweables production and export, with the state government already extending the export jetty at nearby Port Bonython.

Malinauskas said today Port Bonython had the potential to generate more than 1.5 million tonnes of hydrogen by 2030.

Now he has has recommitted to building a $593 million hydrogen electrolyser to kick start developments along with a 200 megawatt (MW) hydrogen power plant and storage facility.

Manilauskas said: “The principal objective of the hydrogen generator is to provide a firming ability to other renewable generators in South Australia so they can compete on the wholesale market for the large industrial contracts for electricity.”

Hydrogen would be burned as fuel, but the plant would also store energy in the form of hydrogen created by the state’s excess renewable energy.

The Clean Energy Council has underlined the importance of action to kick start the green hydrogen sector. Its 2021 survey of its hydrogen members found the top priorities for industry were ‘creating local demand’, ‘building international demand for international exports’, ‘more government funding to close the commercial gap for early projects’ and ‘strategic planning and investment in hydrogen hubs’.

“We are building a globally significant hydrogen facility that will keep South Australia at the forefront of the hydrogen industry.”