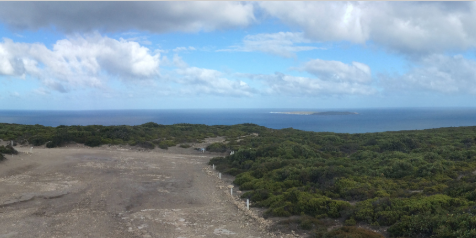 The company has already been granted major project status for the Whalers Way Orbital Launch Complex (pictured) on the southern tip of Eyre Peninsula which will allow access to Polar Earth Orbits.

Now Southern Launch is planning the Koonibba Test Range which will be used to launch, test and recover rockets over 145 kilometres of national parks.

Southern Launch CEO Lloyd Damp said test range protocols had been devised to maximise safety for people and the environment, and suborbital launches at the range would also support school and university experiments.

Damp said: “This suborbital facility provides a key piece of infrastructure vital to the development of Australian technology for the space sector.”

Price said: “This development significantly enhances the space ecosystem in South Australia and aligns with the objectives of the Australian Space Agency to support leapfrog technologies and explore safe ways to access space from Australia.”

Development of the range, and procedures for its use have been designed in close consultation with the South Australian Government, Regional Development Australia Whyalla and Eyre Peninsula, and the Koonibba Community Aboriginal Corporation.