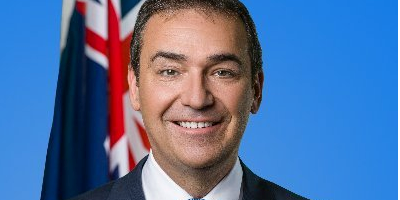 Manufacturing industry in South Australis will close from midnight tonight other than for essential services as the state heads into an initial 6-day total shutdown to halt the spread of Covid-19.

Health officials and Premier Steven Marshall, worried about a sudden outbreak of an apparently virulent strain of Covid-19, announced the circuit-breaker lockdown shortly after noon today.

The government’s announcement was abrupt: “All South Australians will have to stay put in their house for six days. Wherever they are at midnight tonight, that’s where they have to remain.”

With schools, restaurants, construction sites and universities shut, and even cancer-treatment and surgeries cancelled, manufacturers have been told to close except for those involved in food and medical manufacture.

“Mining, smelting, and large factories will be allowed to continue to operate at a level required to ensure continuity of service delivery or to prevent damage, but not for anything else.

“Agriculture workers will be able to move around to ensure the safety, welfare and processing of animals and animal products, like dairy.”

So far 24 cases have been linked to an infection brought into the state by a traveler from overseas, which spread from a medi-hotel housing those under isolation.

On the first day of the outbreak there were four cases, followed by 13 mainly from a single family, five and today two new cases.

South Australia has acted more quickly, and comprehensively, than Victoria where industry was shut during a 112 day lockdown.

On August 5, Victoria’s seven-day average of daily new cases reached 533, the worst numbers seen anywhere in Australia, but were returned to zero with its lockdown.

Marshall said following the initial lockdown there would be an eight-day transition. However he did not announce what measures would be in place.