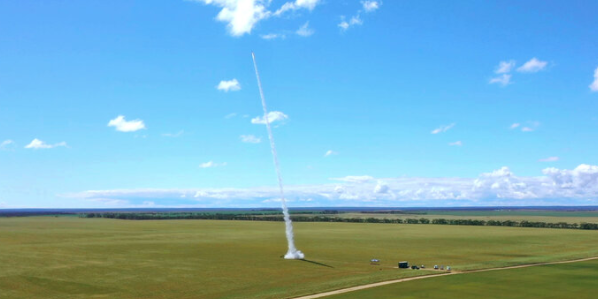 Southern Launch has become the first company to be granted a rocket launch facility licence by the federal government, opening the way for commercial sub-orbital launches from its Koonibba Test Range in regional South Australia (pictured).

Andrews said: “This is a major milestone for the Australian space sector and will unlock opportunities for our local space businesses to help them grow and create local jobs.”

The announcement came as CSIRO revealed its Parkes radio telescope will help businesses to literally reach for the Moon by providing ground station support for one of the first commercial lunar landings later this year.

Southern Launch plans two space launch sites – the sub-orbital site at Koonibba. and a polar orbital launch site at Whalers Way on the tip of the Eyre Peninsula.

Southern Launch CEO Lloyd Damp said: “Southern Launch is absolutely thrilled to be the first company to hold an Australian launch facility licence, allowing the facility to be used for future space launches out across the Australian desert.

“The Koonibba Test Range will have a significant benefit to the Koonibba community and the broader regional centre of Ceduna, including the opportunity for ongoing local employment, education and the development of a new space tourism industry.

“It also positions Australia one step closer to once again being a space faring nation.”

Head of the Australian Space Agency Enrico Palermo said space launch from Australia is one of several areas of competitive advantage where the civil space industry can develop local capability.

Palermo said: “We are committed to providing a supportive environment for industry growth in Australia, including for the innovative space start-up community, while ensuring the safety of space activities.

“Our forthcoming technical roadmap on access to space will further explore launch activities by providing a vision, ambition and aspirational capability targets to grow a globally-respected and thriving industry in Australia.”