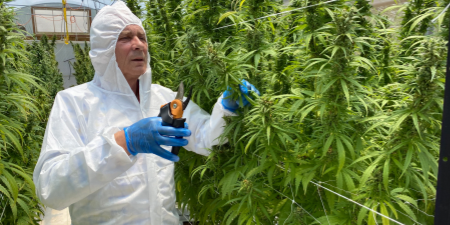 ASX-listed Epsilon Healthcare and Canadian company Valens have announced a partnership that will see the Australian company provide access to its cannabis manufacturing facility.

Under the partnership, products will be distributed in Australia and New Zealand through Valens’ local distribution partner, Cannvalate, as well as providing Valens the capacity to deliver products to Latin America, Europe, UK and Asia-Pacific.

“We are excited to be working with Valens during such a flourishing time in their corporate trajectory,” said Epsilon CEO Jarrod White.

“Valens also shows a promising production throughput to scale up our GMP manufacturing capability. We look forward to furthering our partnership with Valens in the coming months as we accelerate the commercial production output from Epsilon’s wholly owned facility.”

Its wholly owned subsidiary, THC Pharma operates the 10,000 square foot extraction facility, which “consists of its own QC lab and grade D cleanroom space for the manufacture of oral dose format products.”

The factory officially opened in August 2019.