Sovereign material can take the heat of a rocket 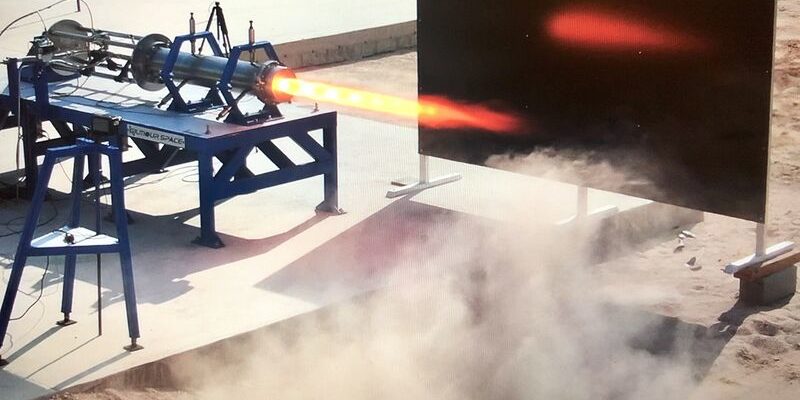 An advanced high-temperature material developed by Australian defence scientists could be destined for space thanks to an ongoing partnership between defence and Gold Coast rocket company, Gilmour Space Technologies.

Defence researcher Dr Paul Smith said that the material not only has outstanding thermal resistance but also mechanical strength, meaning it can be used as a structural component as well as an insulator.

Dr Smith said: “Rocket engines generate significant heat and it’s critical for both rocket performance and avoiding catastrophic failure that the rocket motor casing is capable of withstanding the stresses caused by extreme temperatures and pressures.”

While rocket motor casings and their sub-components are typically produced from metal, composite materials can offer important advantages.

“Because of their greater strength to weight ratio, the use of composite parts can help to reduce weight.

“If we can replace some or all of the metallic components of the rocket motor casing with composite parts, we could significantly increase the range, speed or deliverable payload mass of the rocket.”

What sets the material apart from other high-temperature materials, however, is the fact that parts can be easily manufactured using compression moulding.

“The ability to quickly and easily manufacture components is a huge advantage,” Dr Smith says, adding that the material can also be machined, drilled and tapped without compromising its mechanical strength.”

The material could have uses in other high-temperature applications such as furnaces, heat shields and jet engines.

CEO of Gilmour Space Adam Gilmour said that with space now included as one of 14 sovereign industrial capability priorities for defence, developments such as this are both timely and necessary.

Last year, defence scientists signed an agreement with Gilmour Space to develop a range of Defence-related space technologies as part of a long term strategic arrangement.