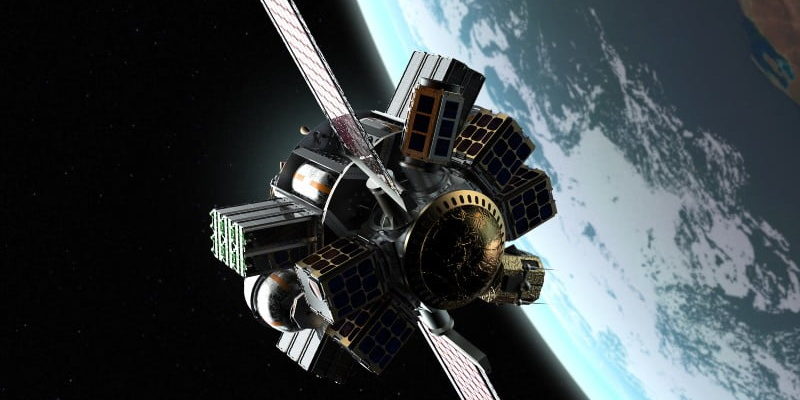 Australian space startups Space Machines Company and HEO Robotics will team up to launch a number of cameras into space to help Defence better identify satellites, as the momentum for sovereign capability in the sector continues to grow.

This vehicle will be launched into orbit aboard Gilmour Space Technologies’ rocket in March next year, involving other Australian space companies.

It’s another sign that the local space sector is going from strength to strength, according to Space Machines Company founder and CEO Rajat Kulshrestha.

“Given the momentum that we’ve seen over the last few years, we’re realising that the democratisation of space is happening now. In general people are starting to realise the potential of using space as an asset to their business,” Mr Kulshrestha told InnovationAus.

The rocket will be carrying HEO Robotics’ own cameras, which will be used for on-orbit inspections of satellites and can report information back to Earth within one hour.

The company, whose main client is the federal Defence department, is currently using 15 cameras owned by other businesses to conduct these inspections. The latest announcement will allow its clients, including the government, to get better information on spacecraft in orbit, at a quicker pace, HEO Robotics CEO Dr William Crowe said.

“We can get a request to someone with an ailing satellite, take a photo and get that back to them within an hour, and reduce the time to fix it. Identifying these satellites more quickly is critical,” Dr Crowe told InnovationAus.

“If you can’t identify a satellite within 24 hours, you’re very likely to not be able to recover it if something has gone wrong. That has happened to a lot of spacecraft from Australia – anyone who launches a lot of satellites has lost a bunch of them.”

The Australian government is liable for any Australian spacecraft, and the HEO Robotics technology is used to identify satellites and other objectives. The technology will also be available to the private sector.

“The commercial use case is just starting to come along. That’s never been possible until our little company started doing this from last year,” Dr Crowe said.

“Every satellite that Australia launches, the nation is responsible, not the satellite operator themselves. It’s critical the government has this kind of awareness. It’s important for civilian and defence organisations that we understand what’s happening in space.”

While Defence is a significant client, the company is hoping to receive more support from the Australian Space Agency in the coming months.

“Defence has really thought ahead on this and they’ve been starting to support the space industry from about five years ago, and that’s really starting to pay dividends now,” Dr Crowe said.

“We’re seeing some signs from the civilian space agency as well, and we’re looking for bigger and better support as time goes on and support us to compete internationally.”

Mr Kulshrestha said he wanted to continue working with the federal government to iron out issues around its space support programs.

“We want to work very collaboratively with the government in trying to make sure we make this a very healthy ecosystem,” he said.

“This is a long-term focus for the country and for commercial capabilities. As a government there are a lot of learnings and problems to address.”

Space Machines Company inked a deal with Gilmour Space Technologies to include its payload on its rocket next year. The company last year recruited Fireball.International to send its fire detection satellite into orbit as part of this mission.

“We’ve put out a call for any interesting payloads to come and talk to us. We’re hoping that we’re able to work together with most Australian space startups to try to get some payloads on this flight. We’re hoping we can make this an all-Australian affair,” Mr Kulshretha said.

Gilmour has also signed a deal with Fleet Space Technologies to send six nanosatellites into space in 2023, and signed a Memorandum of Understanding with US firm SpaceLink last year.