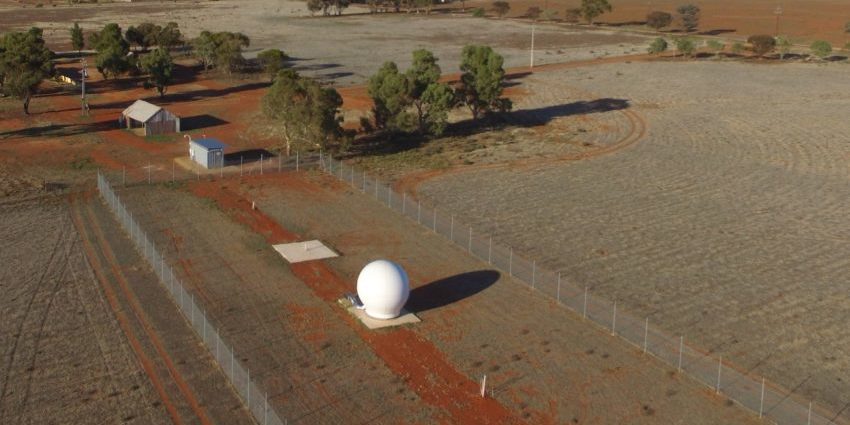 Global defence company Nova Group is maintaining its projections of over $200 million revenue this financial year with longer-term goals to continue expanding its global reach.

A newer focus on space is continuing to diversify the portfolio of the South Australian headquartered company that has invested more than $20 million on eight acquisitions across the globe to cement its footprint.

In South Australia, the company’s new Nova IGS Network is providing space ground connectivity for small satellite operators with the site now being used by international clients including Tyvak USA and RBC USA.

Nova is also in talks with an Italian-based space company wanting to expand its presence in Australia.

Based on a 21 hectare site in Peterborough in South Australia’s mid north, the site is used to track low earth orbit satellites through customer’s own terminals and Nova has plans to attract further European companies over upcoming years.

“Nova is also planning to utilise the site as a ground station test bed for emerging Space 2.0 technologies and support future defence projects,” a spokesman said.

It has since grown to having 600 employees working on projects around the world including with the Australian Defence Force, United Kingdom Ministry of Defence, Royal Norwegian Air Force and the Republic of Singapore Air Force.

“With a solid foundation in the defence markets in Australia and the UK, and a footprint in space, transport and energy, I am very proud to be exporting Australian capability and know-how to the world and look forward to positioning to our next growth phase,” Whalley said.

Nova was recently awarded one of four industry leads in the Major Service Provider consortium providing integrated support contracts to the Australia Defence Force over the next 10 years.

The company has taken early steps globally to adopt new practices around COVID-19 in relation to infection control and is proactively undertaking business modelling to assess its potential financial impact.

At this stage, it still expected to grow in the upcoming financial year, with work continuing on the offshore patrol vessels in Australia and Nova Systems recently winning a $25.9 million Norwegian defence contract to support a maritime helicopter program.

The Adelaide headquartered company first opened an office in the United Kingdom during 2012 before winning its first work within Norway the following year.

Its latest contract marks a significant expansion for Nova Norway and a doubling in the size of it Norwegian operations with work already underway.

“This win reinforces our commitment to defence and security, not only within Australia, but to other defence customers in the international market,” Nova Group chief executive Greg Hume said.

Nova has also cemented co-founder partnerships this year with the SmartSat Co-operative Research Centre in South Australia and Western Australian based Remote operations for Space and Earth.

Plans to establish the now operating SmartSat CRC were led by The University of South Australia and Nova Systems.

Based next to the Australian Space Agency at Lot Fourteen in Adelaide, the SmartSat CRC now has 74 participants contributing $167 million adding to the federal government’s $55 million spend with a focus on advanced satellite communications, connectivity and earth observation.

Whalley also has been appointed to the inaugural role of South Australia’s chief entrepreneur.

“I truly believe it’s the scientists, mathematicians and engineers of the world that will be instrumental in solving the really complex challenges nations and governments are facing like national security, climate change and urbanization,” he said.

Picture: The Nova IGS Network is based on a 21 hectare site in Peterborough, South Australia.