Space to help AgTech sector take off in South Australia 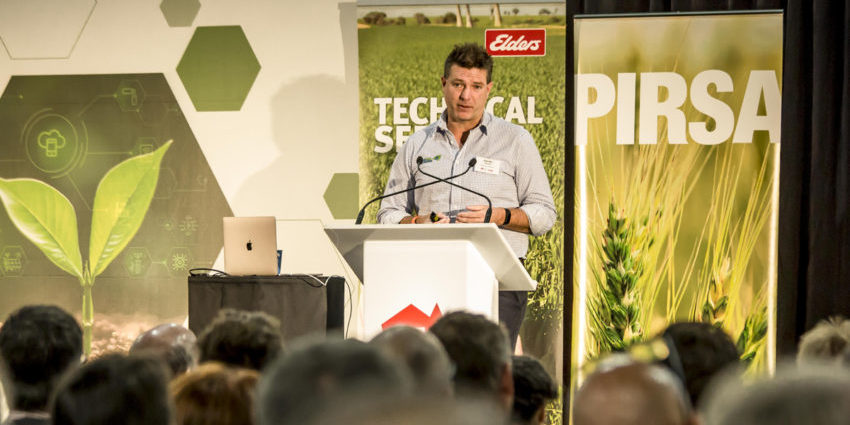 Strong space and defence industries in South Australia are helping the formation of a potentially nation-leading AgTech ecosystem.

Agricultural technology has been identified as a key factor if Australia is to achieve the National Farmers’ Federation’s goal of $100 billion annual agriculture production in Australia by 2030 from the current level of about $60 billion.

AgTech is a diverse industry ranging from the use of satellites to detect crop health through to robotics in meat processing and remote sensing to maximise water use efficiency.

Last month more than 300 people attended the inaugural AdvanceAg showcase at the Adelaide Showgrounds, prompting the South Australian Government to immediately commit to a second edition of the AgTech event next year.

Among those in attendance were BDO senior manager and AgTech lead Michael Macolino who said Australia and South Australia in particular had massive potential in the sector.

The global AgTech industry is led by the United States, Singapore and Israel but Macolino said there was great scope for growth in Australia.

“Australia is seen as a nation that can be leaders in AgTech because we have such a vast range of agricultural commodities, providing an ideal testing ground for different types of AgTech that can be exported around the world,” he said.

“But one of the things that has held us back is we have an immature startup ecosystem compared to the US and these other places.

“If we have a look at South Australia, the reason why the state can take the lead in AgTech is we have complementary industries that are emerging.”

SA has enjoyed significant space industry growth in the past three years, attracting investment from interstate and overseas as well as the Australian Space Agency, which is now headquarted at Lot Fourteen on North Terrace. It also has a long history in defence.

“The focus on the space industry is a massive enabler for AgTech in South Australia,” Macolino said.

“A lot of the sensors that are being integrated into new satellites are really beneficial for collecting information on crop health, weather predictability and water management. All of that information can then be processed by third party software to provide insights for farmers – there’s a huge correlation between the growth of space and the growth of AgTech in South Australia.

“In defence there are a lot of remote sensing technologies that are developed and those sensors and robotic technologies can be scaled down and applied in agriculture as well.”

It has annual turnover of more than $2 billion, employs 3000 people globally and exports about 80 per cent of mainly beef and lamb production into 80 export markets. As well as being a traditional company in many ways, TFI is also prepared to experiment with new technologies and was one of the first companies to put fresh meat on Uber Eats in a bid to provide a half-way point between conventional takeaway and a home-cooked meal.

TFI managing director Darren Thomas spoke at the AdvanceAg conference and said AgTech was playing a huge role in the modernisation of his company from digitalisation of the  supply chain through to food traceability and meat processing technology.

The company is building a world-class abattoir at Murray Bridge after its previous meatworks was destroyed by fire in 2018.

The new facility is set to include robotic precision cutting equipment, dual energy x-ray and an industry leading 3D scanner.

“We’ve got to constantly innovate and use technology: Artificial Intelligence, machine learning and machine vision are going to play a huge role in the business and we’re just on the cusp in the meat processing sector of a huge productivity step,” Thomas said.

“Out of all of the challenges that we’ve faced, it’s (the fire’s) given us one of the most amazing opportunities to do something quite unique. No one is building multi-species processing plants from scratch anywhere in the world now.

“South Australia has a great history of entrepreneurs, particularly in the agriculture sector so I’m incredibly excited about it.”

Several South Australian companies are already enjoying some success in the AgTech space.

Glenelg-based Safe Ag Systems launched software in 2017 to help small farmers manage in an increasingly corporate industry following the harmonisation of Occupational Health & Safety laws in Australia. The cloud-based platform now has more than 600 customers and 4000 users across Australia and New Zealand. It is also being trialled in the United Kingdom.

Industry 4.0 is the name given to the ‘fourth industrial revolution’, which brings together physical technologies with digital technologies such as cloud processing and machine learning.

Macolino said the opportunities for AgTech were double-sided and included the chance to establish another layer of hi-tech industry while also improving the productivity of agriculture in Australia and around the world.

He said massive advances in Industry 4.0 technologies such as sensors, cloud processing, robotics and artificial intelligence in the past five years had allowed the rapid advancement of AgTech.

“These are all technologies that in themselves are marginally effective and can be applied to solving certain problems but agriculture is an industry that can really leverage these technologies when they are all stitched together to form one whole solution,” he said.

“South Australia is well placed in many ways because a lot of the university research hubs are here – we’ve got the Australian Institute for Machine Learning, Tonsley advanced manufacturing district and the Waite campus.

“A lot of these industries can provide the talent and the infrastructure to mature those Industry 4.0 technologies and AgTech is about picking elements of those technologies and figuring how to bolt them all together to fix a problem in agriculture.”

The state government used the AdvanceAg event to release its latest Primary Industries Scorecard, which showed primary industries and agribusiness sector generated a record $15.2 billion revenue in the 2018/19 financial year.

The scorecard showed significant growth in revenue in industries such as wool (up 19 per cent), horticulture (up 12 per cent), forestry (up 11 per cent) and wine (up six per cent).