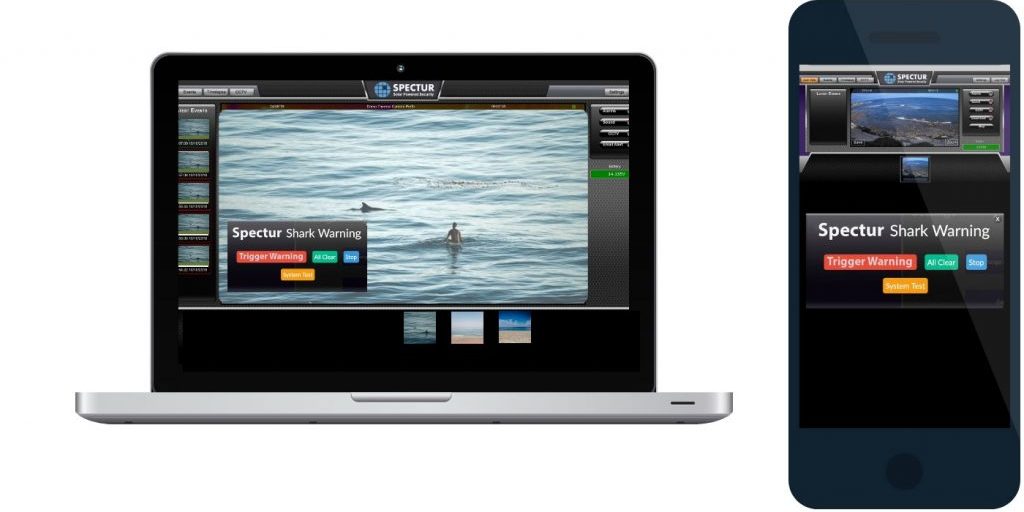 Perth HD camera systems manufacturer Spectur (ASX:SP3) is enjoying sales increases of 90 per cent in six months as it deals with burgeoning orders.

The company recently hit the $1 million a quarter sales mark, with numerous bodies in a testing phase set to boost future sales further.

Ten systems are on trial in the ACT, a leading charity has bought four systems to monitor charity bins, and the City of Armadale has bought two.

But in WA which has suffered a spate of shark attacks, it is the trial of four of its cloud based, beach camera shark warning systems which is causing most excitement.

Nine have already been ordered by the WA fisheries department.

Spectur’s managing director Peter Holton said: “We are making a conscious effort to broaden our market coverage and deployment, making us a more balanced business.

“There are multiple applications for Spectur technology.”

The company’s cameras are solar and battery powered, feature motion detection technology and thermal imaging, can automatically sound alerts and warnings, and can be viewed remotely in real time.

The technology is suitable for numerous business and public sector uses, such as monitoring infrastructure and in building and construction.

Spectur has also entered export, supplying 10 if its Perth-made camera systems to its New Zealand distributor