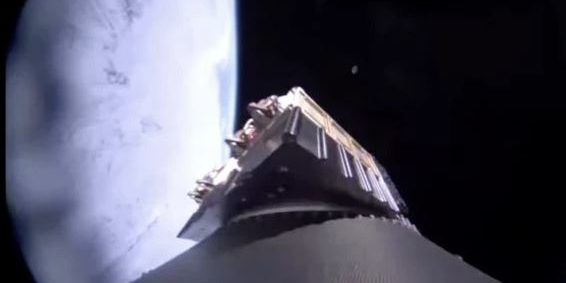 The satellites were deployed into a 500km altitude sun-synchronous orbit by Virgin Orbit’s air-to-space LauncherOne rocket.

Launched from the Mojave Air and Spaceport in California, the satellites shared the launch with seven satellites developed by the US Department of Defence, The Royal Netherlands Air Force, and Satrevolution.

Spiral Blue’s SEZ computer will allow the first-ever in-space processing of satellite images as they are collected, reducing the size of the images by 20-1000 times reducing bandwith needed.

This generates cost benefits and increases flexibility while reducing the lead time for services derived from satellite imaging.

A spokesman for Spiral Blue told @AuManufacturing that Printed Circuit Boards used in the SEZ computers were manufactured by Lintek in Queanbeyan and assembled by Puzzle Precision in Newcastle, NSW.

Spiral Blue now plans to bring some prototyping work in house in Sydney, and is considering returning other aspects of the work to Australia

The latest mission will allow Spiral Blue to perform end to end testing and space qualification of its SEZ computer.

According to the company: “The SEZ ensures only the information needed by the end user is delivered, improving the efficiency of satellites, making Earth observation data more affordable and accessible.”