Squeezing opportunities out of the tube: Geelong startup works toward nanomaterials world first 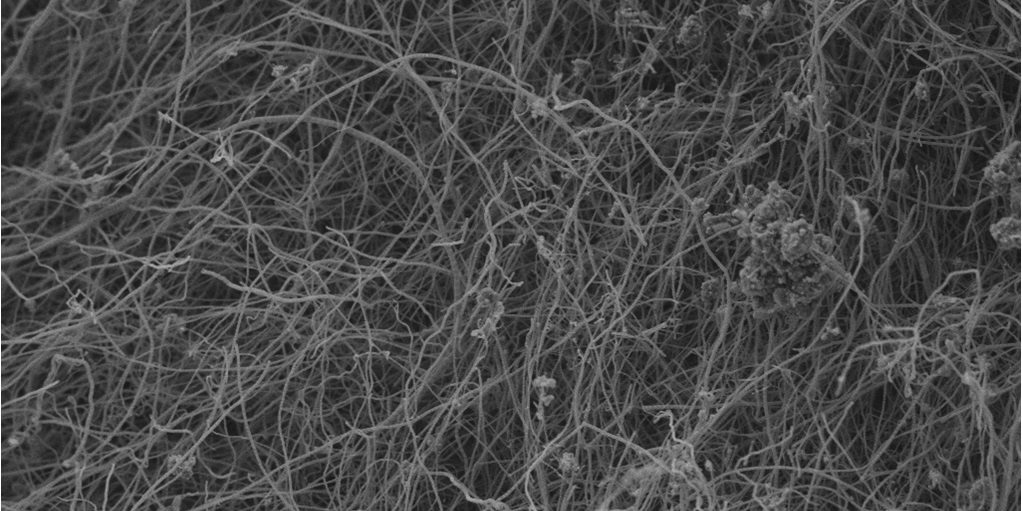 Over the decade Geelong has developed an impressive collection of research and industrial capabilities around carbon fibre. But it’s not the only engineered material in the region, and a new joint venture plans to turn world-leading research in boron nitride nanotubes into new products and wealth.

On paper, these white, fluffy fibrils are capable of incredible feats. They are 30 times the strength of kevlar, 7.5 times more thermally conductive than copper, and share other interesting properties with carbon nanotubes, except with good electrical insulation and thermal stability.

“You don’t have to research very far to find how amazing this stuff is,” Gary Walsh tells @AuManufacturing. Walsh is managing director of BNNT Technology, a joint venture between Deakin University and Brisbane-based commercialisation business the Australian Innovation Center, where Walsh is a director.

To call nanotubes something like white gold is to grossly undervalue them. Prices of $1,000 per gram are often mentioned for this exciting but scarce material. Output measured in grams per day is all that (a limited collection of) labs can currently achieve.

“They are light as carbon nanotubes but also very strong, because of the strong chemical bond between boron and nitrogen… Also they are chemically and thermally more stable,” Ying (Ian) Chen, Alfred Deakin Professor And Chair In Nanotechnology at Deakin University’s Institute for Frontier Materials, says. 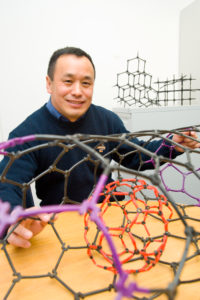 Chen been working with the material since 1998, while he was at ANU. Since then he has been developing a process to produce BNNTs by ball-milling to grind boron into nanoparticles, followed by high-temperature annealing. It has caught the attention of NASA and led to small-scale commercial activities.

“We were the first team in the world that can produce and sell boron nitride tubes to users,” he tells @AuManufacturing.

BNNT Technology is aiming to scale the globally patented process up to continuous rather than the current batch production, and at a rate of a kilogram an hour.

Chen says only two companies in the world are currently selling BNNTs, including one spun out of NASA’s Langley branch.

Asked about the inherent difficulty of bringing any new material to industrial-scale production, he insists his technology has spent two decades maturing and is ready. Products are still at the development stage, with investigations including batteries that are safer in hot environments, better armour for soldiers, and substitute applications for certain carbon-based super-materials. And unlike these, boron nitride products can easily be clear or made coloured.

According to Walsh there’s about an 18-month window to operating at full volume and having an initial market established. This effort received a boost through a $1.4 grant from the federal Advanced Manufacturing Growth Fund in September, supporting the world’s first industrial-scale production of boron nitride nanotubes.

The company plans to sell it as a raw product to labs and industry, and then to develop its own products in-house.

Possible applications include in defence (Walsh mentions interest from one multinational Tier 1 company); as a composite to add new properties to metals, polymers and ceramics; and in heat spreaders and heat sinks for electronics.

“It’s not conductive electrically,  so you can have this material directly in contact with electrical components,” explains Walsh.

“Getting rid of heat is a limiting factor in the speed of [computer] processing.”

He adds that there are other relatively new materials for which boron nitride nanotubes could make a superior substitute.

“Pretty much we can come in and take the market that graphene already has and has already forged, because there’s nothing really that graphene does that this doesn’t do better,” says Walsh.

“Graphene when in its infancy was selling for a similar price to what BNNT is now. And as it’s become available the price has gone down. It’s a supply and demand curve. But I think they had to create a lot of their demand, it wasn’t really there, and BNNT will have a bit of a faster road to market because of the demand that’s already been created by graphene.”

Where the product makes sense for a client’s new applications will depend on how much the price can come down, as well as a large variety of other issues. The road to adoption of a new material can be long and frustrating, whatever the promise based on lab results. This can be seen via graphene not yet finding a “killer app” after several years of effort around the world and sharply growing interest from researchers.

As for commercialising promising university intellectual property in Australia, Walsh offers that, “Historically it’s been terrible, and only recently have  people like [University of Queensland commercialisation entity] Uniquest done things right.”

He believes that as well as changes to the way IP ownership is handled in universities, industry suffers from a lack of incentives to invest.

“It is a struggle in Australia generally. We make it attractive for people to do dumb stuff like just invest in real estate, and it’s pretty depressing when you see the goods to services ratio here,” believes Walsh.

BNNT Technology recently moved into the ManuFutures hub, next to Carbon Nexus. They join other promising startups like FormFlow, HeiQ and Partington Advanced Engineering in demonstrating that smart stuff – in the form of research breakthroughs being converted into new goods and new businesses – is indeed possible.

The federal budget signals that confidence is returning, but it should not be taken as job done
May 13, 2021