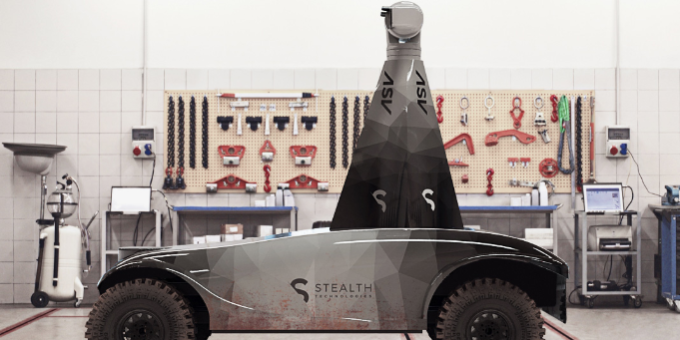 Stealth Technologies has released an udate on its continuing development of a fully autonomous security vehicle (pictured) for the Eastern Goldfields Regional Prison in Western Australia.

The company, owned by listed business Strategic Elements, is developing the vehicle to inspect, test and confirm the integrity of the security perimeter of the jail.

The technology will enable inspections to be carried out with no person present and will integrate into the prison’s existing technology systems.

In September Stealth announced it had linked up with control technology giant Honeywell to develop a range of robotic autonomous vehicles.

It is equipped with day and night vision systems, an autonomous navigation system and collision avoidance software, as well as two way video and audio links.

Strategic Elements is a pooled development fund set up under federal legislation to fund and develop start up technology businesses.

Investors in PDFs normally do not pay tax on capital gains from their investments.

Stealth believes the vehicle being developed for prison use will have other applications in areas such as transport, energy, defence and utilities.