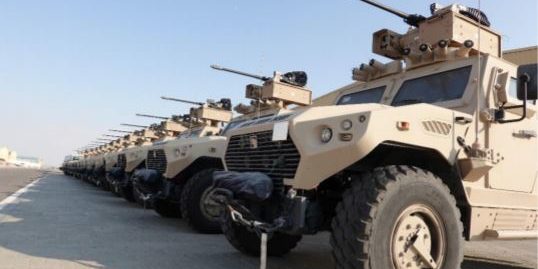 Defence, space and telecommunications manufacturer Electro Optic Systems was punished by the stockmarket on Friday with the company’s openness at its 2021 annual general meeting greeted by a 34 cent or 8.1 per cent slump in its share price.

The company, a rarity as a locally owned defence prime defence contractor selling its own products globally, was punished for what investors already knew – the company was badly hit by Covid-19 transport disruptions which interrupted its biggest-ever export contract to the Middle East.

That EOS has kept investors fully informed about the hit meant little with the market focused on an underlying loss of $14.2 million and operating loss of $29.9 million.

Yet the interruption, to an order for remote weapons systems for armoured vehicles worth $450 million, is essentially over with the company now delivering $100 million worth of RWS systems whose delivery was held up during the pandemic and continuing its rapid growth path.

Despite the poor Covid year 2020 was a year of milestones by the company which has grown revenue at a compound annual growth rate pf 98 per cent over the past three years, putting it within reach of its target of $250 million in revenue.

The result is driven by its flagship RWS product (pictured), which allows soldiers to operate weapons from inside the safety of their armoured vehicle.

During 2020 EOS began RWS production in the US, received an order from the Australian army for 251 RWS systems, saw its first systems mounted on NATO robotic combat vehicles, and during 2020 delivered more RWS systems globally than any other manufacturer.

Developments during the year saw EOS emerge as a three division business – weapons, space and communications, each of which is well placed for growth based on EOS indigenous technologies.

Its EM Solutions subsidiary, for example, is now a world leading manufacturer of maritime satellite communications.

It was just such positive news which saw EOS shares hit a high of $10.52 in January last year, before dropping to Friday’s $3.85 close.

The outlook presented by the company at its Friday meeting was positive, though again the market seemed focused on an annual growth rate of 30 per cent – apparently a disappointment – which will recover to pass 50 per cent in 2023.

The order backlog stands at $428 million in revenue.

Perhaps the key question for investors was asked in its AGM presentation:

“At what point will EOS reduce the deployment of profit for growth and pay dividends?

“The current assumption is that growth in revenue and underlying profit induces similar growth in enterprise value.

It seems investors have a different, shorter timeframe view of what is rational, and marked down a company well positioned in high growth markets accordingly.